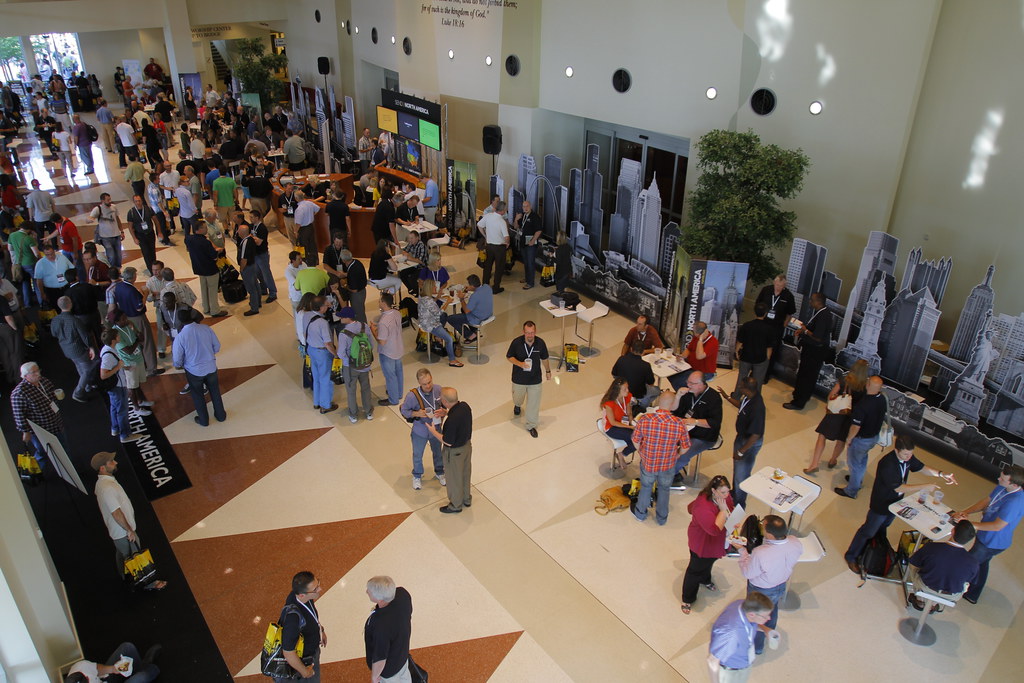 FORT WORTH, Texas – Randal Lyle knew almost nothing about church revitalization when he joined the staff of Wedgwood Baptist Church in Fort Worth. His education would be by immersion when a nearby church—Meadowridge Community Baptist—came seeking help.

“Church revitalization was not even on my radar,” Lyle said. “I was unaware of any large-scale revitalization efforts with any churches. Meadowridge had dwindled to 20 folks. They were six to eight months, or one or two families exiting the church from having to close down.”

Lyle was serving Wedgwood as associate pastor for collegiate ministry. The two churches are five miles apart, but were worlds away on prognosis. What happened next began with Lyle’s innocent acceptance of an invitation.

“They asked for a meeting with our senior pastor, Al Meredith,” says Lyle. “He asked me to join him. Meredith told them, ‘If this is not of the Lord, we are not interested in pursuing it. But if you are willing to commit to His leadership and call Randal as your pastor, then I think we can help you.’ That was the first time I had heard the idea.”

Lyle went home to pray and talk to his wife, Samantha. Meadowridge already had a pastor search committee working.

“The first sermon I preached at Meadowridge was Easter 2004,” says Lyle. “When they voted on me they also had to vote on the deal–including a group joining from Wedgwood and full commitment to a new direction. It would remain an autonomous church, but things would change. Ninety people from Wedgwood joined Meadowridge.”

Confirmation of God’s activity in the move came through multiple avenues, but an enhancement in the call to church revitalization came to Lyle at the 2012 Send North America Conference. The North American Mission Board’s church planting and mobilization event was hosted at First Baptist Church, Woodstock, Ga.

FBC Woodstock’s pastor Johnny Hunt shared at the conference about how his congregation had recently helped a church that was in danger of shutting down.

“When I saw the video of First Baptist Church Woodstock at the conference I said, ‘That looks really familiar to me,’” said Lyle. “So many churches are close to closing their doors. We are five miles from Southwestern Baptist Theological Seminary. We are a church revitalization happening in a multi-cultural community. I thought, ‘What would the Lord want our role to be as a church. Could we be a training center for others? Could we help design a revitalization training that would help others? Surely.’”

“Existing local churches are vital to the process of seeing lostness penetrated in North America,” said Aaron Coe, NAMB’s mobilization vice president. “This year the Send Conference will pay special attention to the needs of those churches as well as all of the other critical aspects of our strategy.”

Lyle says the decision to become more ethnically diverse has been a key to Meadowridge’s revitalization. But the process took some time.

“We started a basketball league to reach out to the community,” Lyle said. The kids would come to play, but not come to church. The church membership did not reflect the community around us.

“We started a choir and connected in the community in other ways. Our church slogan is ‘All races united in Christ.’ We made a conscientious effort to make that a reality. I believe the revitalization would not have continued if we had not taken a multi-cultural approach. We are now about 25 percent African American and have Hispanic and Indian members.”

Lyle says the church has worked hard to make discipleship part of its process now.

“We have to go where they are. We are being intentional to reach people. Our evangelism was working, but we were not having the opportunity to disciple anyone. That has changed.

“Revitalization has to be intentional. It is a viable option for churches taking a multi-ethnic approach. Send a team to a church that reflects the community around it. Engage the community and watch what God will do,” said Lyle.

For more information on the Send North America Conference, or to register, visit sendconference.com. For more on NAMB’s church revitalization ministry, visit namb.net/revitalization.