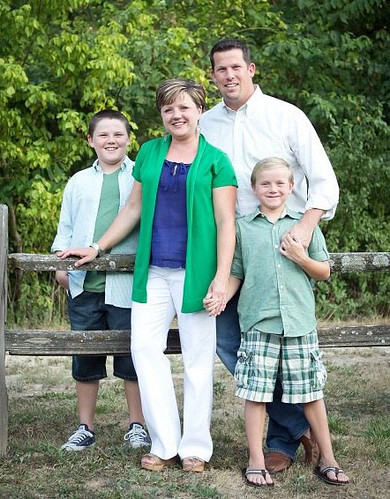 ST. LOUIS – When Steven Helfrich first sensed God leading him into church planting while still a student, he figured it would be in some far-off land where customs would be different and language would be a barrier. Since his wife came from Poland, the idea of church planting in Europe made a lot of sense.

Matt Bartig served as a youth pastor in churches throughout the United States—and never dreamed he’d return to the St. Louis area to start a church.

Yet God had other plans for both men. Instead of sending them to a foreign land or dis-tant city, He sent them back home to be missionaries.

Both have planted churches near where they grew up in metro St. Louis, and their “home-field advantage” has given them unique opportunities to reach Midwestern communities in need of strong churches.

“I think the relationship aspects have been key,” Helfrich said. “Relationships take time. Being a hometown kid—I’ve been here my whole life—I have been blessed to build a lot of relationships. People know me. They know I care about them. I knew where people hung out, and I knew the sports they were into.”

St. Louis is a city in need of indigenous church planters with a “home-field advantage” in reaching the growing diversity of the metropolitan area. With only one SBC church for every 7,889 people in the surrounding area and only 17 percent of the population identi-fying themselves as evangelicals, St. Louis needs more churches. The metro area is one of 32 cities Southern Baptists are focusing resources on through Send North America.

Helfrich is in that outer ring region of metro St. Louis, which reaches into western Illi-nois. The young planter had been pastoring a church not far from where he grew up, in Otterville, Ill., when he began to recognize God calling him to plant a church.

“I sensed God telling me that this is an issue of obedience,” said Helfrich. “It’s not an issue of ‘if you are going to make it.’ If you don’t step out on faith and do this, this is disobedience. As soon as I made that step, the fear went away.”

Helfrich says God specifically called him to plant a church not far from where he grew up, in Alton, Ill., a small town less than 45 minutes from St. Louis. Today, the bi-vocational Helfrich teaches at the elementary school he attended as a boy, and lives in the same house where he grew up.

And with 190 in attendance at The Bridge most weeks, Helfrich has been an effective missionary to his hometown.

Though Bartig’s story also started in the suburbs of St. Louis—where he grew up and re-turned in 2013 to plant a church—the middle chapters proved very different. Bartig left Troy, Mo., after graduating from high school. In the past 20 years He has served as a youth pastor in some of the largest SBC churches in the nation—including First Baptist Orlando and Prestonwood Baptist near Dallas.

Until God began to tell him otherwise in late 2012, Bartig never wanted to plant a church. As he began to explore the possibility, a friend at First Baptist Orlando connected him to Send North America: St. Louis city coordinator Noah Oldham. As the two talked, Old-ham began to share some places in metro St. Louis in need of churches. To Bartig’s sur-prise, Oldham mentioned his hometown, a small community of 6,000 outside of the Gateway City.

In the fall of 2013, Bartig officially launched North Road Church in Moscow Mills, Mo., just 10 minutes from where he grew up. Today, the church averages more than 260 peo-ple in attendance each weekend and added a second service the first week of February. Since the church’s launch last fall, North Road has baptized 16 people. He says planting a church near where he grew up has aided in North Road’s early growth.

Since relationships play a key role in church planting, hometown planters have a wealth of connections to press upon when inviting people to church. Those connections, Bartig believes, give them opportunities they wouldn’t have elsewhere.