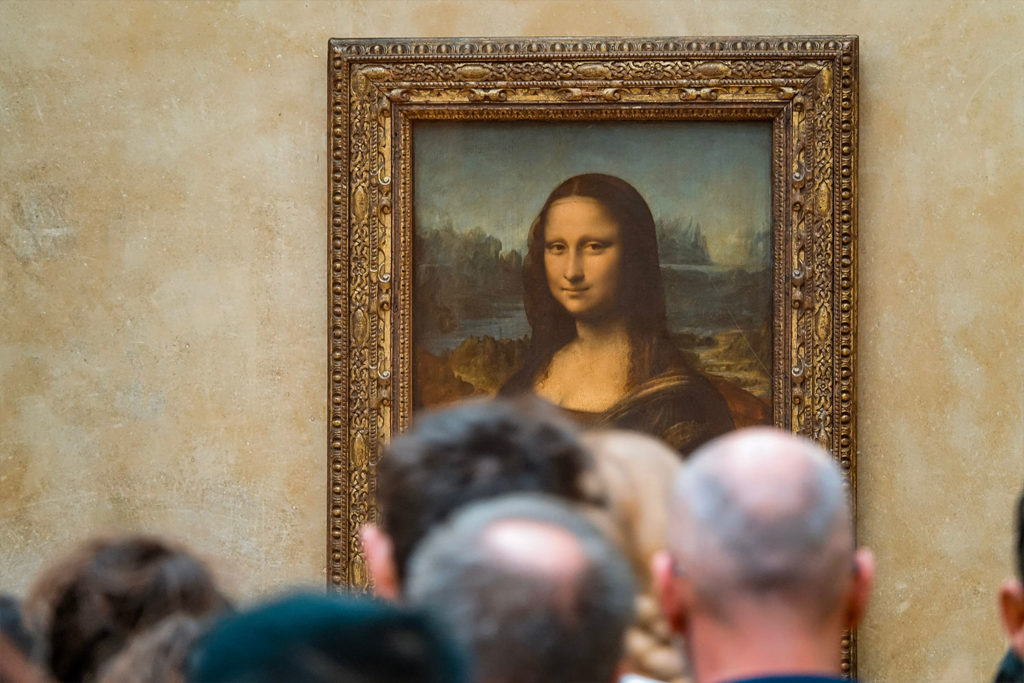 In The Da Vinci Code, one of the main characters named Teabing comments, “The Bible is a product of man, my dear.  Not of God.  The Bible did not fall magically from the clouds.  Man created it as a historical record of tumultuous times, and it has evolved through countless translations, additions, and revisions.  History has never had a more definitive version of the book.”1

Teabing’s statement begs two questions: Is the Bible we have today what was originally written and how did the collection of authoritative Christian writings today we call the New Testament come to be chosen?  In this article we will concern ourselves with the first question.  Tomorrow we will look at the other.

We have all played the game of telephone.  In this game, the teacher whispers a statement in the ear of three people on the first row, who then whisper the same statement to the person behind them, who in turn whisper to the person behind them.  By the time the person in the back of the room receives the message, it is quite different than what was originally communicated by the teacher.  A skeptic could say, “If such a disparity can occur within five minutes in a room, how much more can occur in the alterations of biblical stories when continents are crossed and languages are changed over a span of 2,000 years?”

While this is an interesting question, it simply will not do.  Let us suppose that the teacher asks the three students to whom she originally whispered her message to leave the room with her, having asked a fellow teacher to come and attempt to recover her statement to the three students.  How would that fellow teacher proceed?  Perhaps the first thing she would do would be to ask the people in the second row what was said to them. This, of course, is important because those closest to the original source are much more likely to have gotten it right. Her second action would be to compare the various statements of students further back and in different rows in order to try to ascertain where mistakes in communication were made.  After a little work, there is a high likelihood that the second teacher will be able to reconstruct the first teacher’s original statement with surprising accuracy.

Of course with many manuscripts come many variations, especially when numerous Church fathers paraphrased or attempted to recall a verse from memory.  These variations fall into four categories.  The first category includes spelling and nonsense readings probably due to circumstances such as a tired scribe writing by candlelight.  Seventy percent or more of all manuscript variations fall in this category.  The second largest category includes synonyms but where the meaning is unchanged.   For example, “Jesus Christ” appears in the text instead of “Christ Jesus.”  The third category includes variations in the text that affect meaning but are not found in manuscripts that carry much weight.  The fourth category, and by far the smallest, includes variations that affect meaning and are found in decent manuscripts.  This fourth category is at best only one percent and it is questionable whether any Christian doctrine or practice is affected.  However, scholars are still usually able to weigh that manuscript against other manuscripts that may be better.  Other guidelines are likewise employed in order to arrive at what was probably written in the original. In some cases confidence is not very high.  But remember that these instances are rare and it is questionable whether any of them change Christian doctrine or practice.2

In the end, even many of today’s skeptical scholars would agree that the text of the New Testament we have today is at least 99 percent exact to what was originally written.  Only one percent remains in question and it is questionable whether any Christian doctrine or practice is affected by the difference.  Therefore, today’s Christian can have absolute confidence that the New Testament they read and revere can be relied on as much today as it was in the first-century.

1Dan Brown. The Da Vinci Code, 231.
2This is a summary of some of the findings of Daniel Wallace in the new book by Komoszewski, Sawyer, and Wallace, Reinventing Jesus (Kregel, 2006).  I strongly recommend the book.