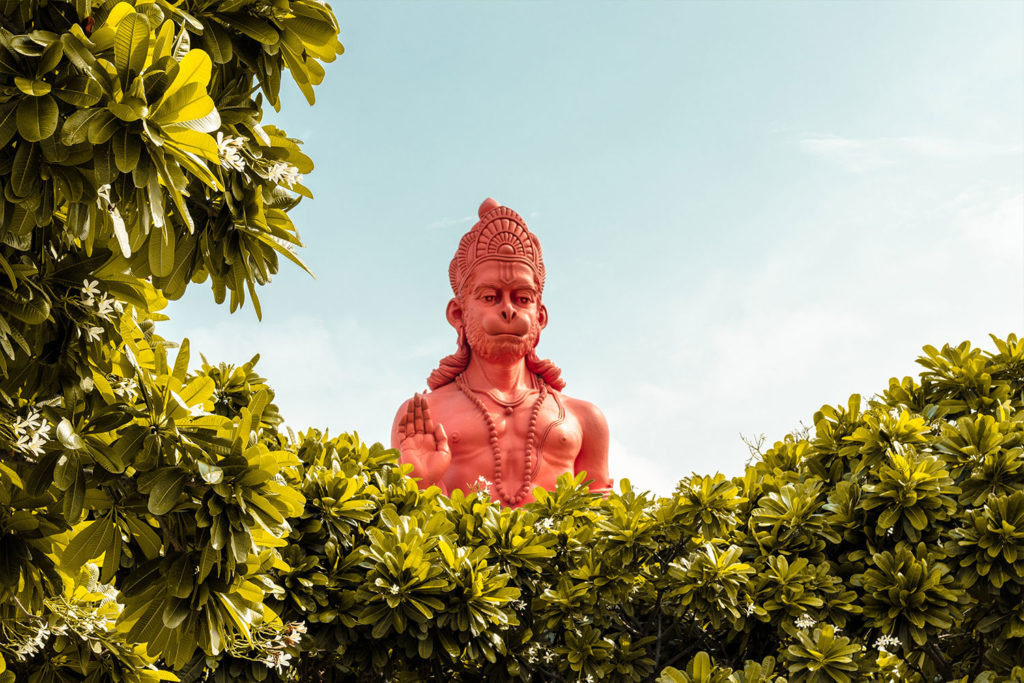 Scriptures:Vedas, Upanishads, The Epics, Puranas, and The Bhagavad Gita explain the essence of Hinduism.

Hinduism is the world’s oldest living organized religion. It is a complex family of sects whose copious scriptures, written over a period of almost 2,000 years (1500 BC-AD 250), allow a diverse belief system. Hinduism has no single creed and recognizes no final truth. At its core, Hinduism has a pagan background in which the forces of nature and human heroes are personified as gods and goddesses. They are worshiped with prayers and offerings.

Hindu worship has an almost endless variety with color symbolism, offerings, fasting, and dance as integral parts. Most Hindus daily worship an image of their chosen deity, with chants (mantras ), flowers, and incense. Worship, whether in a home or temple, is primarily individualistic rather than congregational.

Hinduism can be divided into Popular Hinduism, characterized by the worship of gods, through offerings, rituals, and prayers; and Philosophical Hinduism, the complex belief system understood by those who can study ancient texts, meditate, and practice yoga.

God (Brahman) is the one impersonal, ultimate, but unknowable, spiritual reality. Sectarian Hinduism personalizes Brahman as Brahma (creator, with four heads symbolizing creative energy), Vishnu (preserver, the god of stability and control), and Shiva (destroyer, god of endings). Most Hindus worship two of Vishnu’s 10 mythical incarnations: Krishna and Rama. On special occasions, Hindus may worship other gods, as well as family and individual deities. Hindus claim that there are 330 million gods. In Hinduism, belief in astrology, evil spirits, and curses also prevails.

Hindus accept various forms of pantheism and reject the Christian doctrine of creation. According to Hinduism, Brahman alone exists; everything is ultimately an illusion (maya ). God emanated itself to cause the illusion of creation. There is no beginning or conclusion to creation, only endless repetitions or cycles of creation and destruction. History has little value since it is based on an illusion.

Christian Response: Christianity affirms the reality of the material world and the genuineness of God’s creation. The Bible declares that all is not God. God is present in His creation but He is not to be confused with it. The Bible teaches that in the beginning God created that which was not God (Gen. 1:1-3; Heb 11:3). The Bible contradicts pantheism by teaching creation rather than pantheistic emanation. The Bible issues strong warnings to those who confuse God with His creation (Rom. 1:22-23). God created the world at a definite time and will consummate His creation (2 Pet. 3:12-13). Christianity is founded upon the historical event of God’s incarnation in Jesus Christ (John 1:1-14).

The eternal soul (atman) of man is a manifestation or “spark” of Brahman mysteriously trapped in the physical body. Samsara, repeated lives or reincarnations are required before the soul can be liberated (moksha) from the body. An individual’s present life is determined by the law of karma (actions, words, and thoughts in previous lifetimes). The physical body is ultimately an illusion (maya ) with little inherent or permanent worth. Bodies generally are cremated, and the eternal soul goes to an intermediate state of punishment or reward before rebirth in another body. Rebirths are experienced until karma has been removed to allow the soul’s re-absorption into Brahman.

Christian Response: People are created in God’s image (Gen. 1:27). The body’s physical resurrection and eternal worth are emphasized in John 2:18-22 and 1 Corinthians 15. The Bible declares, “And as it is appointed unto men once to die, but after this the judgment: so Christ was once offered to bear the sins of many” (Heb. 9:27-28, KJV). Since we only die once, reincarnation cannot be true. Instead of reincarnation, the Bible teaches resurrection (John 5:25). At death, Christians enjoy a state of conscious fellowship with Christ (Matt. 22:32; 2 Cor. 5:8; Phil. 1:23) to await the resurrection and heavenly reward. A person’s eternal destiny is determined by his or her acceptance or rejection of Jesus Christ as Savior and Lord (John 3:36; Rom. 10:9-10).

Hindus have no concept of rebellion against a Holy God. Ignorance of unity with Brahman, desire, and violation of dharma , (one’s social duty) are humanity’s problems.

There is no clear concept of salvation in Hinduism. Moksha (freedom from infinite being and selfhood and final self-realization of the truth), is the goal of existence. Yoga and meditation (especially raja-yoga) taught by a guru (religious teacher) is one way to attain moksha. The other valid paths for moksha are: the way of works (karma marga), the way of knowledge (jnana marga), or the way of love and devotion (bhakti marga). Hindus hope to eventually get off the cycle of reincarnation. They believe the illusion of personal existence will end and they will become one with the impersonal God.

Christian Response: Salvation is a gift from God through faith in Jesus Christ (Eph. 2:8-10). Belief in reincarnation opposes the teaching of the Bible (Heb. 9:27). The Christian hope of eternal life means that all true believers in Christ will not only have personal existence but personal fellowship with God. It is impossible to earn one’s salvation by good works (Titus 3:3-7). Religious deeds and exercises cannot save (Matt. 7:22-23; Rom 9:32; Gal. 2:16; Eph 2:8-9).

Hindus in the United States

• Sects that have “Americanized” Hindu concepts include Christian Science, Unity School of Christianity, and several groups within the New Age Movement.

N.S.R.K. Ravi is on staff at the North American Mission Board, SBC.