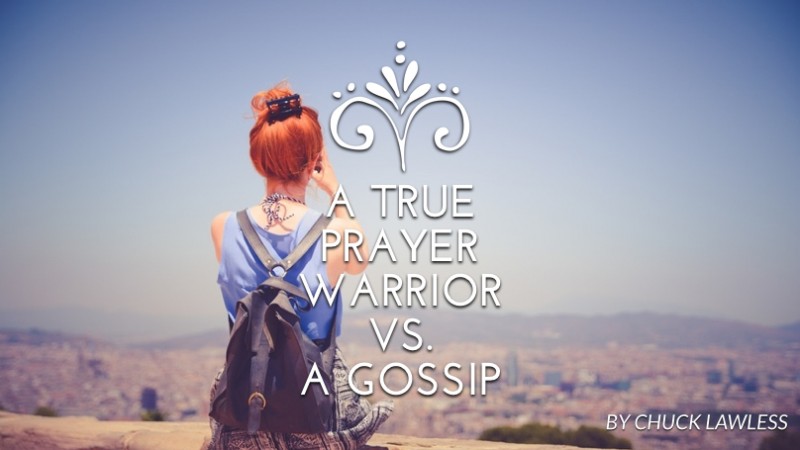 I love reading anything Chuck Lawless writes. This insightful piece nails something we all know is true. Chuck addresses issues head on. What you’re about to read, we’ve all been guilty of on some level. I want to be prayer warrior NOT a gossip.—Kathy Litton

I recently published a post on why gossip—at its most basic level, spreading information about others—hurts the church. I noted how most gossips cloak their information in a “prayer request,” so they appear to be a great prayer warrior. Here, though, is how to differentiate between a prayer warrior and a gossip:

What other ways would you add to this list?