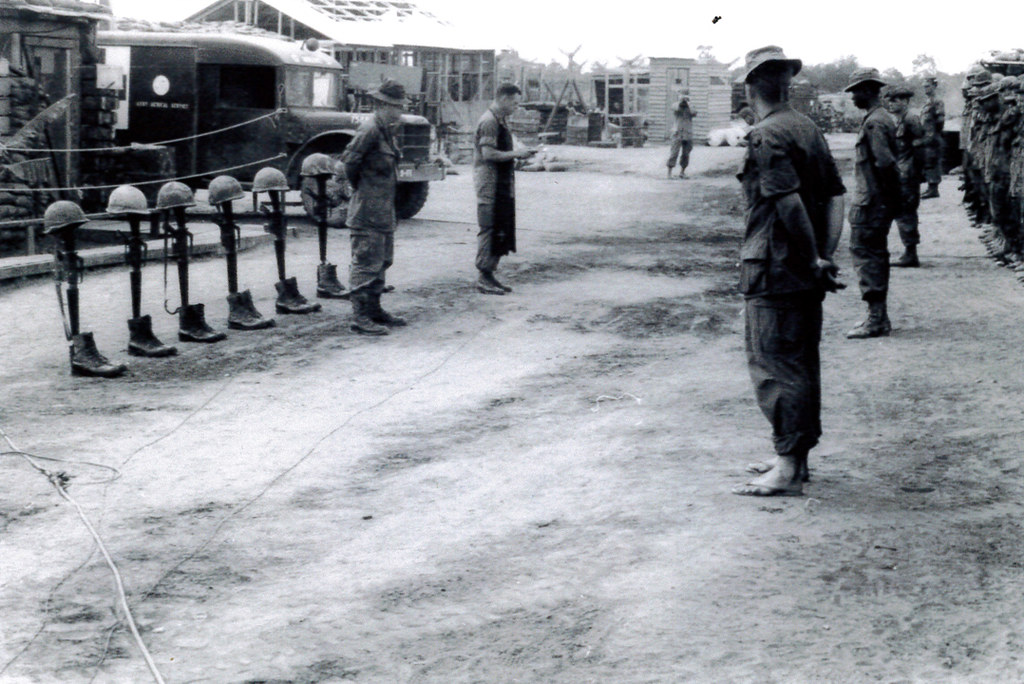 SUMTER, S.C. — At first chaplain Charlie Clanton found it difficult to look at the severely burned young soldier lying on an Army gurney on one side of a makeshift medical evacuation station in Vietnam. His almost black face had been charred beyond recognition by a Viet Cong grenade launcher attack.

As Clanton—a Southern Baptist chaplain during the Vietnam War—walked to the gurney and bumped it, the young solder opened his eyes and looked back at him.

“Sir, you were right the other night,” the soldier told Clanton.

“Right about what?” asked Clanton, not sure which worship service the young man had attended. Later he realized it had been a service two weeks earlier when he had taught on Psalm 23 in a quickly assembled mess hall worship service.

“The other night when you told us about ‘the valley of the shadow of death,’ I was there tonight, sir,” the young man said. “And God kept me going.”

Later that night the young man died on a helicopter on his way to the hospital.

“That statement to me, a young minister—‘what you’re telling me is right, what God said He would do He did, He kept me going that night’—that really helped me see that my ministry [in the Vietnam War] was worthwhile,” Clanton said.

Clanton would later win a Silver Star for his service in Vietnam after unofficially leading American troops through hostile territory and back to base camp after an injury to a commanding officer.

This year marks the 40th anniversary of the end of the Vietnam War. Although U.S. involvement in Vietnam began in the early 1950s, the United States first sent ground troops to the country in 1965 to help the South Vietnamese push back Communist aggression in the country. U.S. troops officially left the country in March of 1973 after eight years of social unrest regarding America’s presence in the war.

Chaplain Steve Gantt, who served in Vietnam for a year in 1968-69, said many soldiers told him they felt safer when the chaplain was around.

“I didn’t necessarily feel like that,” Gantt said with a laugh. “But I did have a chance to tell them that God cares for you—even in this hellish place. That was repeated time and time again.”

Gantt says worship services were often held in dangerous places. To keep the chaplain safe, Gantt’s commanding officer would send a vehicle with a 50-caliber machine gun along with him when he left the base.

“I’ll occasionally open up a book and see a place where we held services. If you look carefully you’ll see a guy manning a post-mounted 50-caliber machine gun to keep the enemy off of us as we were taking time out of the middle of the day worshiping,” said Gantt, who was a member of the same ROTC chapter as Clanton at Furman University in the 1950s.

Both Gantt and Clanton recounted a similar description of their ministries. Besides leading worship services wherever they found a place, chaplains counseled soldiers, officiated memorial services, visited the wounded and spent time getting to know their makeshift congregations.

Gantt says much of his counseling time was spent helping soldiers deal with the moral objections to the war, a discussion fueled by the growing antiwar movement in the United States.

“My observation was that the choice usually came down to, ‘Well, I’m in this. That guy that’s on my right and on my left, he’s here and wants to get home and I’m here and want to get home,’” Gantt said. “I’m going to fight for my brother—not just myself. Our safety will largely depend upon how well we do what we do even in the intensity of combat. It’s a proposition that most soldiers shared once they were exposed to combat.”

American social unrest during the period—often centering around the war—made the return of troops difficult, whether in 1973 or earlier. Clanton said he remembers being told to dress in civilian clothes as he traveled back to the United States through San Francisco on his way to a new assignment in 1968.

“I see such an improvement today,” Clanton said. “You see stories everyday about troops coming home. You turn on CNN Headline News, and they do a salute to a soldier overseas. They do that during the morning news still. Now when we welcome troops home, we welcome them home well. I think our country learned a great lesson from Vietnam.”

Clanton said he has been “welcomed home” numerous times in the last few years along with Iraq veterans. Often, he says, churches and other organizations will add Vietnam veterans to their welcome because they know many weren’t treated well upon their return four decades earlier.

Gantt says the improvement in the treatment of returning veterans has been seen throughout Southern Baptist life as well.

“Quite frankly, I think our denomination has done a much better job of bringing the needs of our troops overall and the ministry of our chaplains in particular in front of our churches,” Gantt said.

Chaplains Clanton and Gantt continued their ministry on active duty with the Army until retirement in the early 1990s. Clanton now serves as the pastor to senior adults at First Baptist Church of Sumter, S.C. Gantt serves as the transitional pastor of Sandy Level Baptist Church in Blythewood, S.C.

The North American Mission Board serves as the endorsing entity for Southern Baptist chaplains serving in the U.S. military. Southern Baptists have 1,355 endorsed military chaplains and a total of 3,547 endorsed chaplains, including those who serve in hospitals, prisons and other settings.