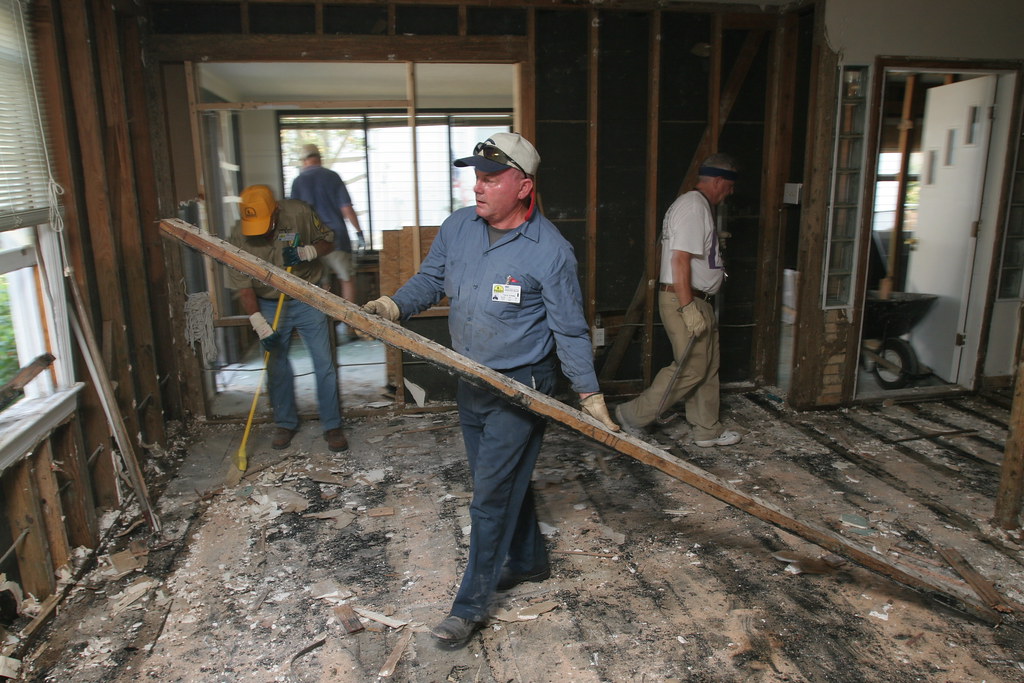 GULFPORT, Miss. – When Randy Corn arrived in Gulfport, Miss., in April of 2006, with a team of Southern Baptist Disaster Relief (SBDR) volunteers, he expected to spend most of his week doing construction projects. Six months after Hurricane Katrina had devastated the city, there was plenty of work to keep the whole team busy. Already the group, from Biltmore Baptist Church in Arden, N.C., had served in the area multiple times and seen many give their lives to Christ.

But Corn had a natural proclivity toward evangelism and after praying with the homeowner his team was serving on the trip’s first morning, he took a look around the neighborhood and spotted a group of young people standing at the end of a driveway talking. After striking up a conversation with the group, who expressed their gratitude to Southern Baptists for serving their neighborhood, he led one of the young men to faith in Christ. It would be the first of eight people he would lead to Christ in less than three hours.

Thanks in part to Corn’s experience as an SBDR volunteer following Hurricane Katrina, he and his wife, Ronda, became North American Mission Board (NAMB) missionaries and have spent much of the past decade helping train SBDR teams in personal evangelism.

Corn, who served on his first SBDR team just days after Hurricane Katrina hit, was one of nearly 21,000 volunteers from 41 of the 42 Southern Baptist state conventions to participate in the first wave of Baptist Relief efforts following the arrival of Hurricane Katrina on Aug. 29, 2005 to the end of March 2006. Another 26,000 volunteers would participate in Operation NOAH (New Orleans Area Homes) Rebuild from March 2006 to April 2009. The influx of new volunteers—by far the most who would ever participate in a single SBDR response and rebuild effort—would transform future disaster relief efforts by Southern Baptists.

Within the first five years after Hurricane Katrina, the number of trained volunteers would jump by 46 percent—from 51,300 to 95,000 volunteers. In fact SBDR trained more than 25,000 new volunteers in the first few months after the hurricane.

“The disaster relief teams of the SBC are second to none,” said former SBC president Fred Luter, who has pastored New Orleans’ Franklin Avenue Baptist Church for nearly three decades. “I don’t just say that for what I’ve heard or read about. I say that because of what I’ve seen first-hand. Being there in New Orleans after Hurricane Katrina, I saw missionaries and disaster relief volunteers come here from all over the country to help those of us in the city, whether it was to gut out our homes or our churches, or to help us to paint or cut grass.”

Mickey Caison, who directed SBDR efforts when Hurricane Katrina hit, noted these additional volunteers helped to vastly increase the capacity of SBDR and boost its perception among fellow disaster-relief organizations.

“There was a significant change in the perception of Southern Baptists coming out of Katrina,” Caison said. “We went from an organization that worked with Red Cross and FEMA to an organization worthy of a relationship and a commitment from FEMA. It gave us a different kind of credibility in the eyes of emergency managers and government officials.”

That kind of response raised the profile of Southern Baptists—with national media outlets like The Wall Street Journal and throughout all levels of government.

“It opened doors that normally we couldn’t even get close to knocking on,” said Jim Burton, who oversaw SBDR as the director of volunteer mobilization at NAMB at the time, “One of them was national media. We got much, much better at telling our story through secular media. Then when the government got around to doing a report in 2006 to evaluate what had happened, they were all over the Southern Baptist Disaster Relief response with praise, according to what had been accomplished there.”

Burton noted that SBDR’s Katrina efforts became a model for other organizations, even secular ones. As an example, he pointed to a national organization for project management professionals that asked him to write a textbook chapter entitled, “A Faith-Based Response to Catastrophic Disaster: An Overview of Southern Baptist Disaster Relief Planning and Logistics in Hurricane Katrina.”

“What most observers could not understand or measure was the sense of call our volunteers had to serve Katrina survivors,” Burton added. “That obedience to God’s purpose for them as individual Christian volunteers drove our commitment to excellence and caring.”

Most of those new volunteers returned home with a newly discovered passion for Disaster Relief and The Big Easy. Yet some stayed and made a gospel-sized impact on their new home.

James Welch was finishing up his studies at The Southern Baptist Theological Seminary in Louisville, Ky., when Hurricane Katrina hit the Gulf Coast. In June of 2006, Welch’s family joined a team from Louisville’s Sojourn Community Church in moving to New Orleans to serve the city and dream about a future church plant.

For the first several years, Welch simply served, often through SBDR, putting up sheetrock and painting—and telling people about Jesus when the opportunity came up. Three and a half years after Hurricane Katrina, Welch and his team began to explore places where a new church plant might meet. Local Southern Baptists connected Welch with Lakeview Baptist Church, a declining church that had been hit hard by the storm.

The connection proved to be a “win-win” opportunity for Welch, his team and the declining church. The new church, Harbor Community Church, which formed from their partnership, has grown to nearly 300 worshipers. Yet the young church’s success has been about more than numbers—it’s also been a growing symbol of a city reborn, a living picture of the gospel.

“Before Katrina evangelicals were largely seen as a group of people who were just coming to New Orleans to convert people or to tell people what they shouldn’t do,” Welch said. “After Katrina, New Orleans people see a more gospel-centered view of an evangelical. Meaning that evangelicals come because they understand their own brokenness and they understand the brokenness that happens within culture and community, and they’re here to present this gospel of reconciliation.”

Southern Baptists have 65,000 trained volunteers—including chaplains—and 1,550 mobile units for feeding, chainsaw, mud-out, command, communication, childcare, shower, laundry, water purification, repair/rebuild and power generation. SBDR is one of the three largest mobilizers of trained Disaster Relief volunteers in the United States, along with the American Red Cross and The Salvation Army.