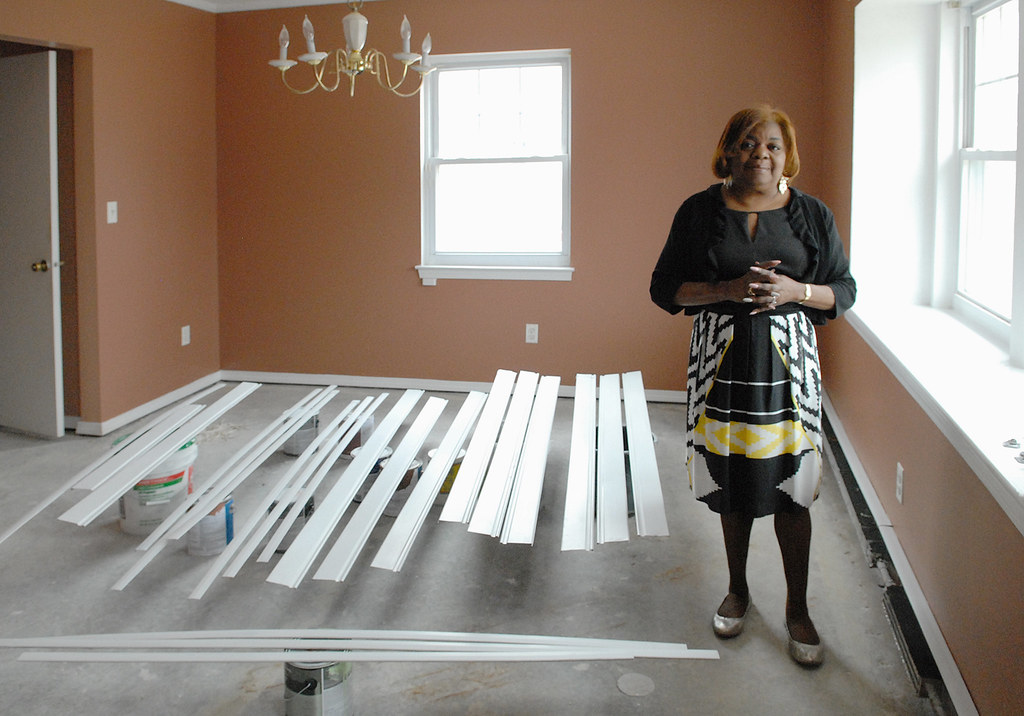 Morsby’s home of 16 years was one of about 4,000 damaged by ocean waters that moved inland for about one mile, flooding almost every structure in the community of 50,000.

The retiree, a sales executive with a major car company, evacuated her home and lived with her daughter in Manhattan for most of the time after the storm. Afflicted with chronic illnesses, Morsby also underwent vascular surgery. She was unable to tend to her home for needed repairs.

In June 2014, she returned to live alone in her deteriorated home. Like many homeowners had done for months after the storm, she continues to live upstairs having only partial power, little heat and no hot water while waiting for repairs. Morsby said she had not reached out for help early on because she thought her insurance would cover the damage. In early March 2015, her daughter, Monisha Mapp, contacted Nassau County’s Department of Aging for assistance and her mother’s case was referred to SBDR.

“We saved her from eviction at the 11th hour,” said Sandy Rebuild Project Coordinator Bill Johnson. “The day I called her they [inspectors] had red tagged the house.” The home was days away from being condemned, he said.

Johnson said he immediately called city inspectors, whom he had built relationships with, to notify them that SBDR would begin work right away on Morsby’s house.

Because of her absence Morsby had no idea that Southern Baptist volunteers were serving on Long Island. SBDR volunteers first were based just blocks away from Morsby’s home through December 2014 at Calvary Protestant Evangelical Free Church in Baldwin, N.Y. Currently, Sandy Rebuild works out of the New York Institute of Technology in Central Islip, N.Y. The college has housed SBDR volunteers in its dormitories since January 2014.

In March, SBDR collegiate teams and other volunteers from six states including Florida, Georgia, Iowa, Kentucky, Oklahoma and South Carolina, worked on Morsby’s house. They tore out and repaired ceilings, hung sheetrock and painted the rooms downstairs.

One of the first teams sent to Morsby’s home was made up of Baptist Collegiate Ministry (BCM) students from Mercer University and Wesleyan University of Macon, Ga.

“When we showed up that first day, she had obviously lost all hope,” he said. “She was extremely reserved, shy and quiet.”

The six inches of water from the storm combined with water pipes freezing and bursting had left the home’s interior in shambles. Water leaks had ruined the ceilings in her living room and dining room.  Students began removing china and glassware from large china closets on top of the soggy, moldy carpet, which they removed. Others worked cleaning the kitchen, even washing dishes that were piled a foot high on the kitchen counter, Fuller said.

Tory Aina, 18, helped clean out the kitchen. Morsby joined them in the kitchen and started opening up and talking with them, she said.

“Everything was such a mess, debris was everywhere,” said Aina. “I couldn’t believe that she was still living there on the top floor. We took it all in and got right to work. Something that seemed so minor as washing dishes really helped her. She was very thankful that we were cleaning up for her.”

Aina said she felt Morsby was drawn to her because she also was African American. Morsby began sharing about her life and showed her family pictures.

“I never imagined that God would use my race like that,” she said.

The team started to bond with Morsby, she said. During the week, they gave her a Bible signed with personal notes and favorite verses.

Fuller said he noticed Morsby’s transformation during the students’ time with her. He said he will never forget what she told them as they left: “My house is starting to look like a home again.”

“By the end of the week she had started to smile,” Fuller said.

Dressed to go to church on Good Friday, Morsby said she was so thankful for the work.

“Everyone has been so professional and nice,” she said. “They worked so fast and were so diligent. I am so thankful for them.