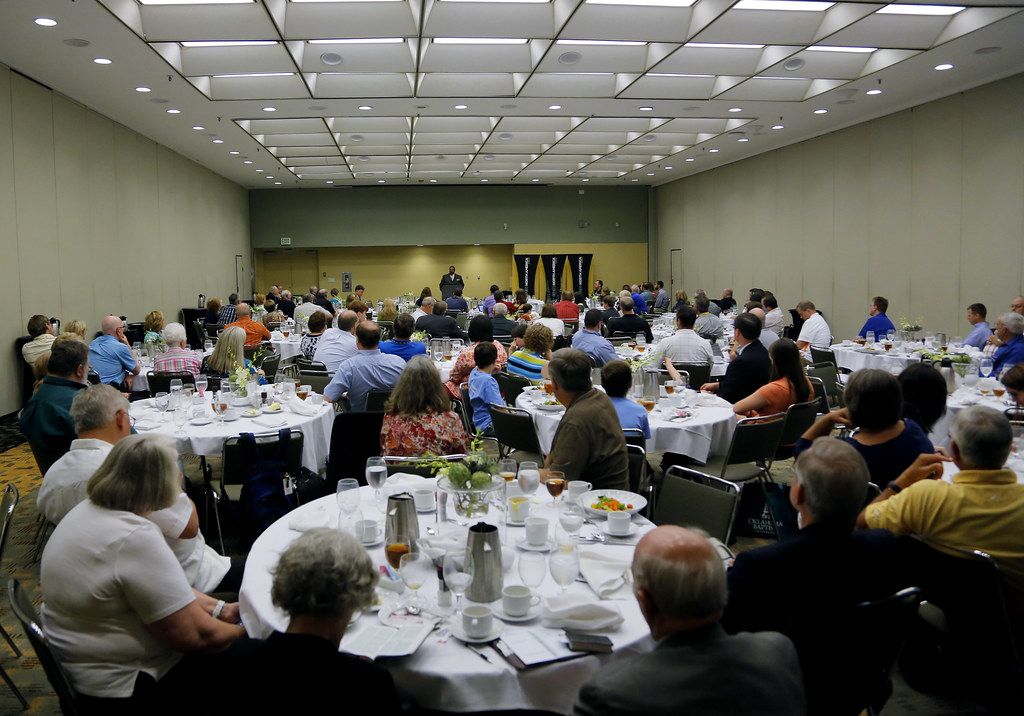 BALTIMORE – Some 200 Southern Baptist bivocational and small church pastors and their families gathered for fellowship, lunch, networking and encouragement on the final day of the Southern Baptist Convention (SBC) Annual Meeting in Baltimore, June 11. The SBC Executive Committee, the North American Mission Board and the New Orleans Baptist Theological Seminary partnered to sponsor the event.

For Charlie Arnold the lunch was a reminder that he is not alone in bivocational ministry. Arnold is an emergency medical technician (EMT) and pastors Seaside Church in Lewes, Del., where about 50 people gather for worship and membership is 100.

“We are the lone church in that part of the state,” said Arnold. “We are the only Southern Baptist church for the entire region.”

Arnold and his wife, Erika, also an EMT, moved to the area to help re-launch Seaside in 1996. They did not expect that it would be their long-term church home. The family moved to Lewes from Columbia, S.C., where Arnold pastored Southside Baptist Church. He has also planted churches in Texas and is a graduate of Southwestern Baptist Theological Seminary.

“I was the church’s first called pastor,” said Arnold. “Seaside launched three years earlier, but they felt they needed the direction that a dedicated pastor could bring them.”

Lewes is a recreation area and home to many retirees. There is something of a transient nature to the population, necessitating the need for a bivocational pastor. In addition to serving as EMTs, Arnold and Erika are both volunteer firefighters, as is their daughter, Jennifer. Arnold also serves the department as chaplain and serves in the same capacity for the Delaware Fire Chiefs Association.

Beyond the fellowship of other bivocational and small church pastors, Arnold was also encouraged by keynote speaker Ken Weathersby, vice president for Convention Advancement for the SBC Executive Committee. Weathersby used Hebrews 12 to remind the pastors and church leaders in the audience to endure in their callings.

“We need men who will stand on God’s Word and preach in obedience, and then go into the marketplace and live in obedience,” said Weathersby. “That is one of the many reasons you are truly the iron men of the SBC.”

Weathersby reminded the audience that God “has a plan for you to pursue, a person for you to prepare (including yourself), a price for you to pay, provides power to persevere and has a future prize you may possess.”

The event host was the Bivocational and Small Church Leadership Network. National coordinator Ray Gilder reminded the men that they are not alone in ministry. He also reminded them of the educational opportunities they have through the New Orleans seminary, Union University and other avenues. The network’s next event is the International Bivocational and Small Church Celebration, June 26-28 at Liberty University.