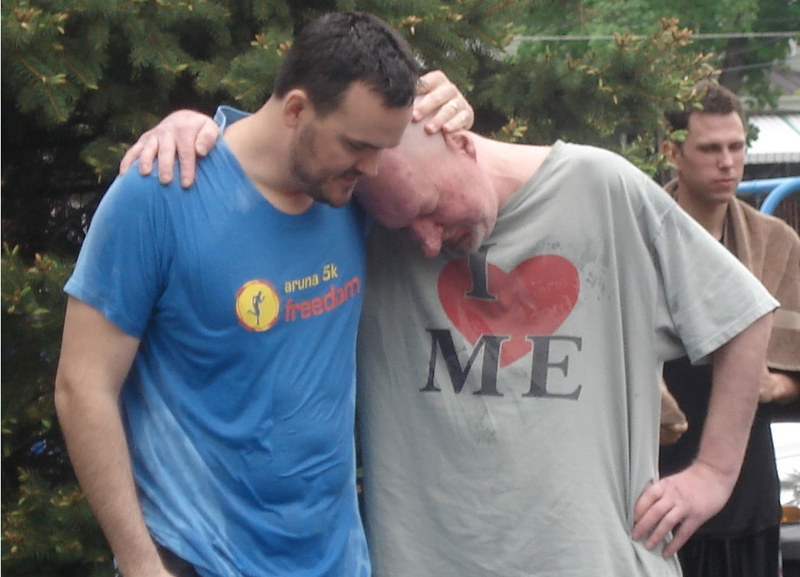 CINCINNATI—Michael Clary had hit the end of his rope. The 35-year-old church planter from West Virginia had been in Cincinnati for close to 18 months. Other than the local director of missions, he hadn’t known anyone in the city when he arrived. After slowly and surely putting together a core team, an admittedly poor leadership choice threatened to tear it all apart.

“We had gone from zero to 30 and back down to 15 after a year and a half,” said Clary, a North American Mission Board missionary in Cincinnati. “We had all this wasted time, all this wasted effort. I wondered, ‘Are we sunk?’”

Clary sat in a large restaurant near the University of Cincinnati campus that had become his makeshift office and prayed, read his Bible and journaled—sharing his sins, his doubts, his dreams and everything else he could think of. Then Clary asked himself, Should I continue or have I learned a very painful ministry lesson and this church shouldn’t continue?

So Clary did. To demonstrate how much he trusted God, he took it a step further. Instead of waiting to grow his core group back up before launching the church, he circled a date on the calendar for the church’s first public worship services— Jan. 10, just five months away.

Two weeks after Clary gave the church’s future over to God, he presented a vision to the church’s core group.

The vision resonated. People showed up—lots of people. The number of people in the core group more than doubled by the end of December—replacing all the people who had left over the past summer’s leadership crisis.

Yet at 35 people most church-planting experts would say the core was too small to try a public launch. So Clary kept praying—and God showed up. Seventy people came to the church’s first public worship service on Jan. 10, 2010. It was likely the first Southern Baptist church plant within the city limits of Cincinnati in close to 30 years, says Dennis Holmes, the Send North America: Cincinnati city coordinator. Holmes has served as a church planting catalyst and director of missions in the city since 1984.

Since he figured many of those 70 attenders had been well-wishers who simply were supporting his first service, Clary figured the numbers would drop. They did—slightly (to about 55). But they never dropped below that again.

Nearly three and a half years later more than 400 people attend Christ the King Church most weekends. They’ve baptized 45 adults since January of 2010.

Clary says much of that growth has come from word of mouth—not a coordinated marketing campaign. Now the church is making plans to launch its first daughter church in a southwest portion of the city in the next few months. The new church planter came out of Clary’s church. Clary says the church’s local Southern Baptist association has been an important part of Christ the King’s launch and the launch of its new church plant.

“We’ve gone from total despair to the sky is the limit because the Lord has restored our dream of what we want to see in this city—a church that’s making disciples, building bridges racially, and reaching people from all different backgrounds,” Clary said. “We’re seeing that dream come about. It puts in my heart a great sense of gratitude that God would be gracious to us in that way.”

For a video about Clary’s and Christ the King Church, visit namb.net/video/worth-the-cost.