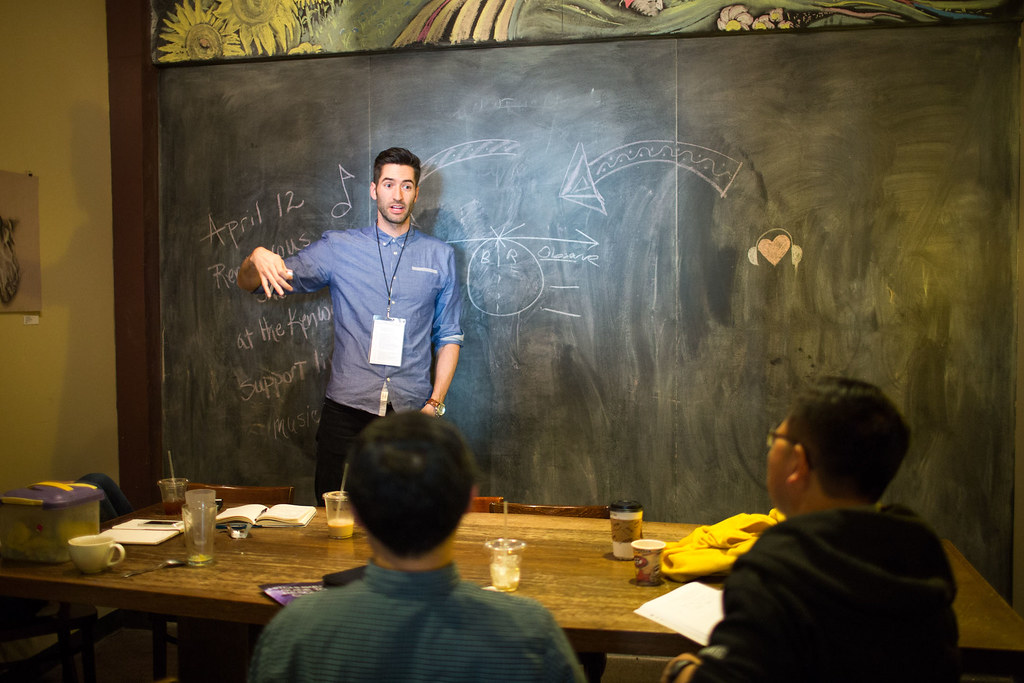 PULLMAN, Wash.—When most of your members learned to drive during the Obama administration, a large portion of tithes come from part-time earners and your church turns over most of its membership every four to five years, you have a unique set of ministry challenges. And it’s easy to think you’re struggling through these issues by yourself. That’s what it’s like to lead a collegiate church plant.

Warren was among 85 collegiate ministry leaders throughout North America who descended upon Pullman, Wash., and Moscow, Idaho, to learn from one of the fastest-multiplying Southern Baptist collegiate church plants in North America. The North American Mission Board sponsored Hitchhiker’s Guide to Resonate, March 28-30, to highlight the church’s multiplication efforts.

The Resonate Church (experienceresonate.com) story—which was featured in a video at last summer’s Southern Baptist Convention in Houston—began in 2007 when Keith and Paige Wieser, along with a handful of others, started the church to reach the 20,000-plus students who attend Washington State University.

By the 2013-14 school year, the church’s attendance had climbed to more than 800. They’ve also grown to four locations throughout Pullman, Wash., and Moscow, Idaho, where Washington State and the University of Idaho have campuses. This coming fall Resonate will launch a collegiate church plant on the campus of Central Washington University in Ellensburg, Wash.

It’s the church’s focus on growth by multiplication rather than addition to which NAMB’s national collegiate strategist Brian Frye (@brifrye) wanted to introduce collegiate ministry leaders around the United States. Frye notes that there are 21 million college students in the United States and growth by addition won’t effectively reach all of them. Southern Baptists are only connected with about 70,000 of those students currently.

When Wieser (@keithwieser) came face to face with those numbers— and others—in the spring of 2011, God began to open his eyes to the need for multiplication.

“We had some significant growth, but compared to the lostness on our campuses, it’s still not significant enough,” Wieser said. “That was the moment where I had to think through reverse engineering. I was thinking how do we grow a church, not how do we reach a campus. Multiplication had to be mandatory—not just growing. I can’t be okay with just growing a church. I have to be okay with growing a church that actually has a chance to reach these campuses.”

The shift was tough, as the staff focused on training students to do ministry rather than doing the ministry themselves. The church staff began to relentlessly look at all they do and begin to describe how they do it—from how they make disciples to how they initiate spiritual conversations to how they start small groups (which they call villages).

Multiplication comes with costs beyond dollars and cents, Wieser explained to the student leaders attending the conference. For example, multiplication at Resonate has come at the expense of numerical growth. New services have given Resonate the opportunity to give leaders places to serve, but it has often meant draining some of the energy and people from existing services. Wieser believes the church would be numerically larger now if it had not started the new services—but it wouldn’t be nearly as prepared for future growth by multiplication.

Resonate leaders also discussed the church’s “script” during the conference. The script is a written out plan of what it looks like to turn new believers into disciples and eventually church planters. Frye says the “script” makes church planting a clear outcome for emerging leaders.

“When you script what you’re doing, you’re giving direction as to what comes next,” Frye said. “So many times we don’t tell people how to get involved post-graduation. That’s what is so great about the concept of a script. When students leave, they see getting involved in church planting as a key next step.”

Even in a more traditional Baptist Student Ministries context at the University of Arkansas, campus minister Cole Penick says what he experienced at Hitchhiker’s Guide to Resonate will help him as he reaches out to students.

“We’re in the process of moving out of our building,” Penick said. “Seeing what that looked like at Resonate, that swarm of volunteers, seeing them take ownership, seeing the leadership development potential was really affirming of that decision.”