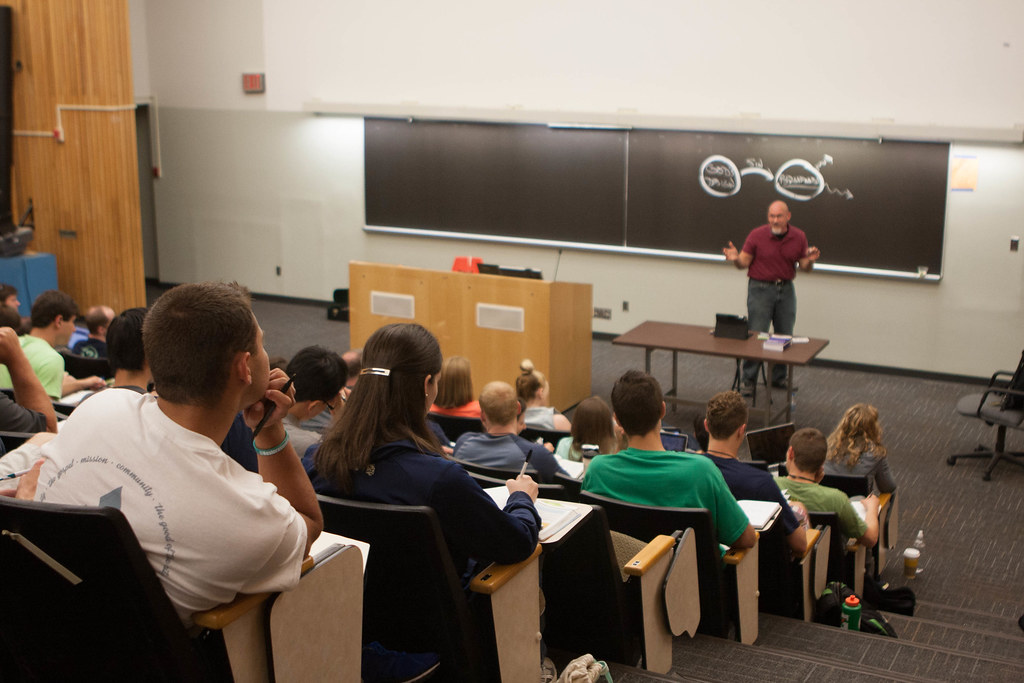 BALTIMORE — “Do you know Jesus?”

Justin Harrell had just struck up a conversation with a 13-year-old boy while waiting to meet up with friends for dinner in Baltimore.

At first the boy gave an incredulous look, but then he attentively listened as Harrell shared the plan of salvation by sketching out three circles representing God’s intended design, the brokenness brought by sin and the forgiveness and salvation that comes through the Gospel.

A few days earlier, Harrell might have let this opportunity slip by. But today he didn’t and the boy placed his faith in Christ. Before the evening was over, the boy was telling others what had just happened to him.

Five Southern Baptist seminaries sent students to this year’s Crossover activities. In the week leading up to the SBC meeting, students (both graduate students and undergraduates) participated in an evangelism class throughout the morning and hit the streets in the afternoon and evening to put what they learned into practice. Student evangelistic efforts were all part of local church outreach projects. Many of the projects tasked students with inviting people to evangelistic community events on Saturday. Students used the invitations to engage those they met with the Gospel.

The seminary professors who participated said the week’s activities helped take students from the theory of the classroom to the often-harsh realities of the streets. During their classroom time students not only learned the theological underpinnings of evangelism, but they also learned evangelistic methods like NAMB’s new 3 Circles Life Conversation Guide.

Because the evangelistic teams were student-led, the learners also received practical experience in ministry leadership throughout the week.

“We had spent a lot of time in the classroom helping the students see how unbelievers are going to respond to the Gospel,” said Jim Stitzinger III (@jimstitz), the director of the Bevin Center for Missions Mobilization at The Southern Baptist Theological Seminary in Louisville, Ky. “We were able to show them—from Scripture—the responses they were going to get and how to be ready for them. That took the fear out of it. They were able to put into practice everything they had been learning in the classroom immediately.”

For many of the students these Crossover activities were their first introduction to urban evangelism.

Alvin Reid (@alvinreid), a professor of evangelism and student ministry at Southeastern, said he was grateful for the resources provided by NAMB for the work. He noted that it was the largest mission trip—a total of about 130 students—Southeastern has taken.

“We’re just glad to be a part of something bigger than we are through the [SBC], to pool our resources and reach this great city,” Reid said.