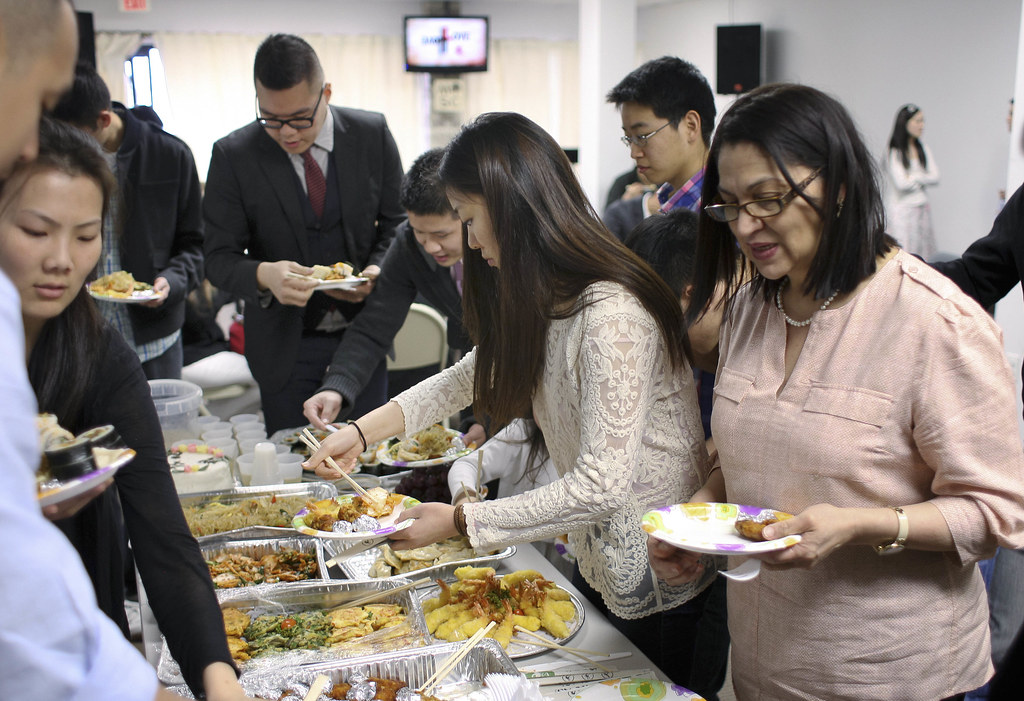 MISSISSAUGA, Ontario – New school years and Easter Sundays are often chosen as “birthdays” for church plants. The North American Mission Board (@NAMB_SBC) expects to see Southern Baptists celebrate many more such birthdays in the coming years—especially in under-reached and under-served areas.

From the beginning these new church plants are penetrating lostness in North America’s largest cities. For example, still grieving his wife and away from church for years, a widower visited a Toronto-area church plant this Easter searching for hope.

“After the service he came up to me and said, ‘This is really interesting material,’” said John Worcester (@johnworcester), lead church planter for Fellowship Streetsville in Mississauga, Ontario. “He wants to come back next week. He wants to get together to talk with me, too, so I’ll be getting together with him this week to share the gospel on a more personal basis.”

On Easter Sunday 77 people attended the first preview service for Fellowship Streetsville. The metro area of Toronto has only one Canadian National Baptist church for every 167,000 people.

“We want to get a healthy expression of the church into every neighborhood we can get into,” said Worcester, the veteran church planter who has launched 20 churches throughout North America in the past 33 years. “And it is all through evangelism. Evangelism pushes everything we do.”

Since his move to Indianapolis two years ago, Brown has focused on building a core team and encouraging them to reach out to the Noblesville community. Attendance at earlier preview services was disappointing, but this year the church had nearly 60 people in attendance—five times the size of the plant’s core group. At least one person made a decision to receive Christ as Lord.

One of the most exciting developments for Brown came when three neighbor couples showed up at the service after months of being invited to church activities. None of them were regular churchgoers and all said they’d be coming back.

“We know God is getting ready to do something in Noblesville and the north Indy area,” Brown said. “Something big is happening. We’re just pursuing Him as deeply as possible.”

To help with the church’s launch, Travis Humerick from partnering Thompson Station Church in Thompson Station, Tenn., drove up to Noblesville to personally support, encourage and help the new church throughout the weekend. Brown said Humerick helped clean the meeting location beforehand and greet visitors.

In New York City, Easter Sunday saw the launch of Mustard Seed Church in Queens, pastored by Stephen Kim (@stephenkimnyc). Kim was a three-year-old child when his family moved from South Korea to be part of an earlier church plant in New York. Now, he has launched his own church.

The launch came after close to a year of weekly meetings with a core group. Kim says the church’s vision is “to be disciples of Jesus, making disciples for Jesus.” Kim has a long-term view of church membership that encourages prospective members to participate in the fellowship for a year before joining.

During the public launch 20 people officially joined the church. Another 30 prospective members and guests attended as well. Kim says the Easter service was the most multi-cultural gathering they’ve ever had.

A bivocational planter, Kim also serves as a substitute math teacher. Because the church doesn’t need to provide a salary for him, the church is able to give half its budget to the Cooperative Program and other missions opportunities.

“The lostness in New York City and the world is so immense that I think we all have to roll up our sleeves and do whatever it takes to spread the gospel as far as we can,” Kim said.