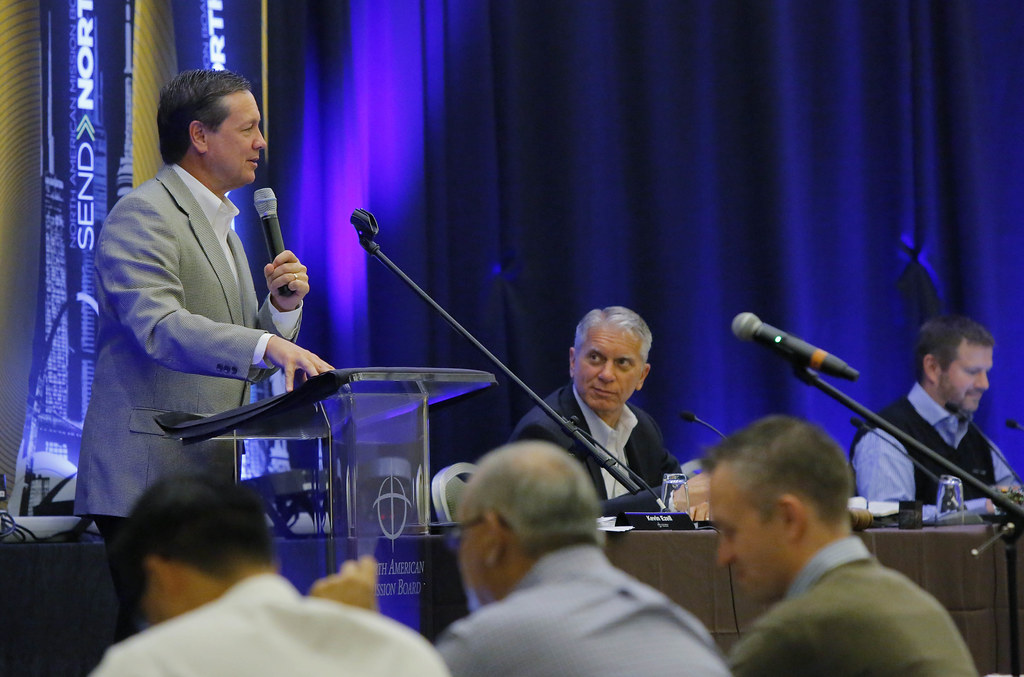 BOSTON—Kevin Ezell issued a call to Southern Baptist churches to come alongside church planters in North America in a way that will encourage, strengthen and provide accountability as they seek to take the gospel to under-reached areas.

“Every church regardless of size can be a sending church. It has everything to do with engagement, not with money,” Ezell said. “It is not based on how much money you contribute.”

Ezell, president of the North American Mission Board, made his remarks at the Oct. 8 meeting of NAMB trustees in Boston.

Ezell said NAMB is stepping up efforts to discover, develop and deploy churches willing to take on a sending church role. NAMB’s goal is that every SBC plant would have a sending church partner.

Ezell countered arguments that if churches increase their involvement with church plants it will negatively impact SBC-related offerings.

“Some have said that the more you are engaged in church planting or hands-on missions when you are connecting specifically to a missionary, that would decrease the amount of your Cooperative Program (CP) giving or your Annie [Armstrong Easter Offering®] giving,” Ezell said. But NAMB’s research indicates just the opposite is true, Ezell said.

“We believe it is more of an argument to get people to engage in church planting than to encourage them not to,” Ezell said.

Also during the meeting:

Earlier in the week trustees toured Boston and heard ministry updates from several church planters who have started churches in and around some of the most un-reached areas of the city.

Ezell concluded his remarks to trustees with a focus on the need to support and encourage pastors. NAMB’s latest initiative in this area is a partnership with Focus on the Family to provide a confidential pastor care line—1-844-PASTOR1—that is staffed by trained counselors who can help pastors in times of crisis.

“Our number one customer is our pastors,” Ezell told trustees. “Because they lead our churches … and churches plant churches. Healthy churches can plant healthy churches. That’s why we take pastors very, very seriously.”

Ezell closed the meeting by leading trustees in a time of prayer for pastors.