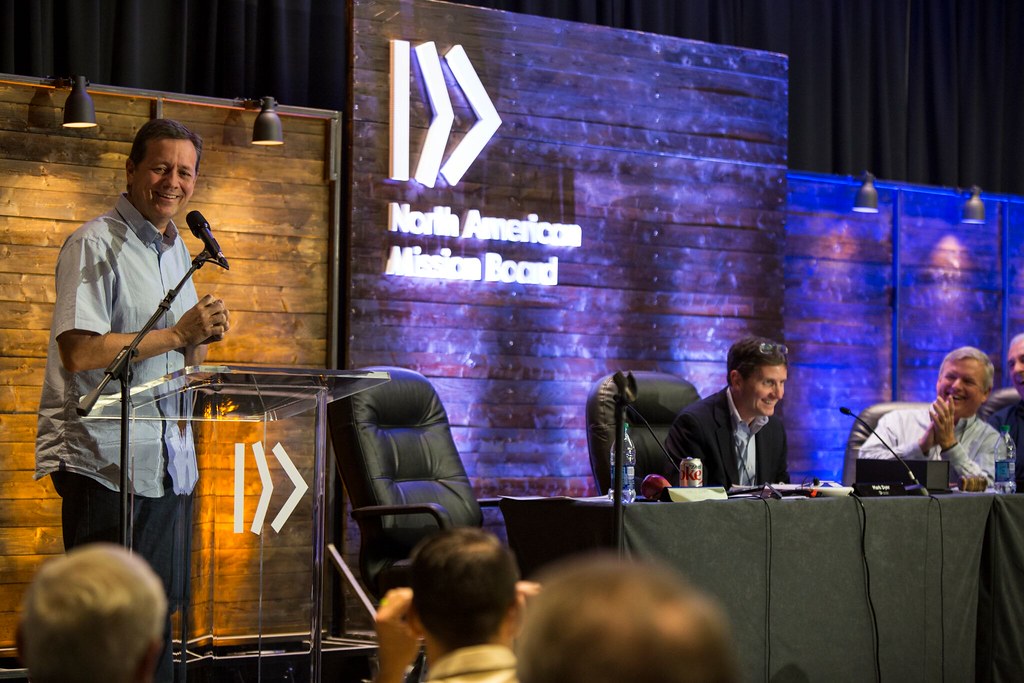 Without decreasing NAMB’s emphasis on church planting through Send Network or compassion ministry through Send Relief, Ezell said NAMB will “put every ounce of energy we possibly can to help our convention see the importance of having gospel conversations.”

The message echoed the theme of NAMB’s Send Luncheon which trustees had just attended earlier that day, during which NAMB featured several prominent pastors speaking about how churches can mobilize their members for evangelism.

“We own our part of that responsibility,” Ezell said. “In fact, it’s our ministry assignment to stir the passion within the pastors to do that. Although we can’t make pastors do anything.”

A few days earlier, LifeWay Christian Resources had released preliminary results from the 2016 Annual Church Profile (ACP) which indicated an increase in the number of Southern Baptist churches, but declines in membership and baptisms.

In other actions at their June 12 meeting, NAMB trustees:

• Heard a financial report indicating NAMB’s revenue for the year is running .33 percent above projected budget while expenses are 10.9 percent under budget.

• Approved a resolution authorizing a trustee subcommittee to study and make recommendations to the full Board regarding the qualification and makeup of the Board, especially as it relates to smaller state Baptist conventions and Canada.

Trustee chairman Mark Dyer, whose term of service as a trustee ended after the meeting, said serving had changed his life. He encouraged trustees to advocate for North American missions in their churches and shared how his had recently become a Sending Church for a church plant in Phoenix.

“We are making a difference, but this should make a difference in your life as well,” Dyer said.