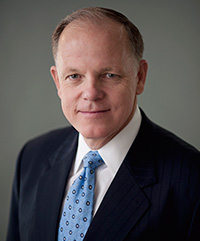 FORT HOOD, Texas—The April 9 memorial service honoring shooting victims at Fort Hood, Texas, will “be an important step in the healing process for a deeply grieving community,” said Doug Carver, executive director for chaplaincy at the North American Mission Board. The shooting spree left four dead, including the gunman, with 16 people injured.

Carver oversees support of some 1,400 military chaplains who support all branches of the Armed Forces, plus an additional 2,400 chaplains serving in other settings, including law enforcement, correctional facilities, disaster relief, hospitals and corporations. NAMB’s Chaplain Commission is charged with the responsibility of endorsing chaplains on behalf of the Southern Baptist Convention.

Of the approximately 100 military chaplains supporting troops at Fort Hood, 18 of them are endorsed by the SBC and resourced by NAMB, Carver said.

Last week’s tragic shooting at Fort Hood is not the first such experience for Carver, who spent 38 years in the military, retiring as a major general before joining NAMB.

As the former U.S. Army Chief of Chaplains, Carver was serving on active duty at the Pentagon in 2009 when a Fort Hood Army psychiatrist went on a shooting rampage, killing 13 and wounding 31. He accompanied senior Army leadership to Fort Hood and saw firsthand how effectively chaplains applied their ministry skills and combat experience to the wounded and dying at a stateside base where soldiers and their families expect safety.

“It’s so disheartening to the Fort Hood community for another tragedy to occur only five years later,” said Carver. “Soldier-on-soldier shooting is an unthinkable act of violence. Fortunately, our chaplains are there to provide pastoral support in the chaotic aftermath, just as they do on the field of battle. They help to bring order out of chaos—hope and strength. Chaplains are very often the first people military leadership turns to for help in situations like this.”

Carver said chaplains helped triage patients, made hospital visits to the wounded in military and local hospitals, provided words of encouragement to soldiers and families and went on notification-of-death calls to distraught families of the latest Fort Hood victims.

“This tragic event highlights the critically important ministry of chaplains,” said Carver. “They are able to minister immediately in situations like this, even before churches can respond, because chaplains are there in the military community as soldiers themselves. The Armed Forces don’t see chaplains as pastors in uniform. They see them as members of the family. And the culture in the military is so close knit that when a soldier is hurt, that means a family member is hurting. Military life is family.”

The White House announced Sunday that President and Mrs. Obama will attend the April 9 memorial service.

“Chaplains will participate with prayers, Scripture readings and other aspects of the service to memorialize and honor our fallen soldiers. As our senior leader, the presence of the Commander in Chief will bring tremendous comfort to the Fort Hood community,” added Carver.

Carolyn Curtis, a book author and editor who lives in Fort Worth, writes for the North American Mission Board.