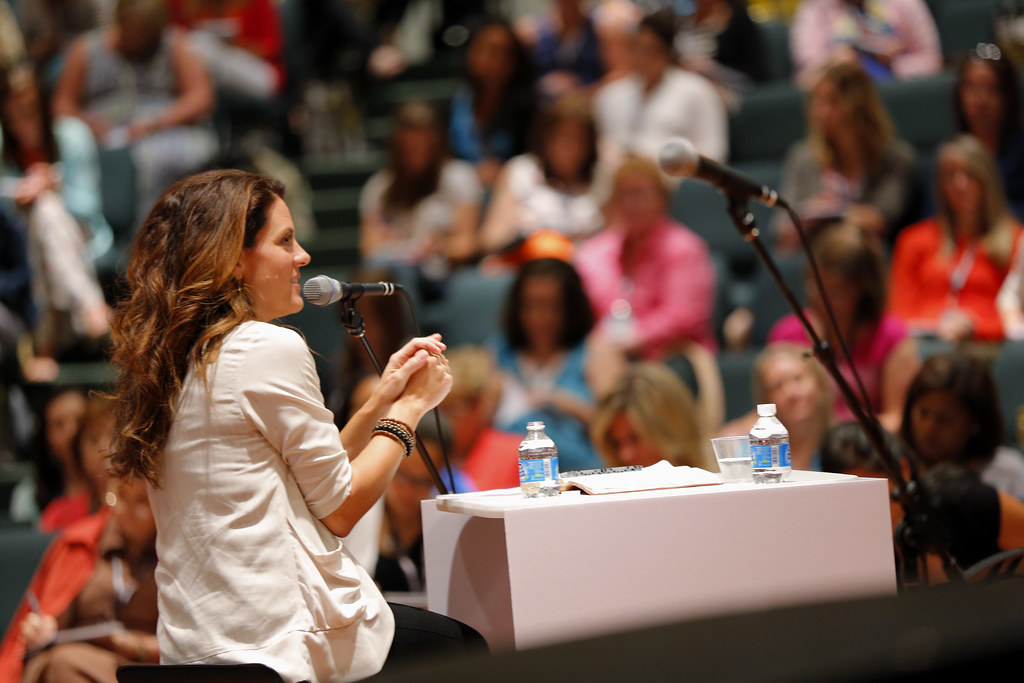 “We’re finding new heroes and role models in Southern Baptist life,” said Kathy Litton, national consultant for ministry to pastors’ wives for the North American Mission Board, which sponsored the Send conference. “I could see the positive responses of these church planting women serving with their husbands, often in remote locations, as they were met with compassion, understanding and wisdom by ministry wives who had been through similar experiences. Women received encouragement and practical ideas they can use in their marriages and churches.”

The track included seven breakout sessions and workshops on topics as varied as How to Start Well: Transitioning Your Family into Church Planting; An Open Dialogue with an Atheist; and Loving Your Ministry Without Hating Your Marriage. Women also joined husbands for an array of other topics.

Litton said she felt God’s power in the smaller rooms where women could share openly and find support. “Both hard things and heart things were expressed there. Some wives felt tired and fragile. They needed to be equipped and supported.”

Attendees expressed gratitude that the event provided the opportunity to speak from their hearts, challenged them with cutting-edge solutions and kept the standards high with faced-paced yet deep presentations.

“The conference was short on clichéd thinking and long on usable 21st-century solutions, thanks to great preparation by speakers and authentic audience participation,” said Litton, who also leads www.flourish.me – an online community for ministry wives.

Women expressed joy at connecting with other church planting wives so they could share experiences by telephone and email when they returned home.

Tish Hedger, Bolivar, Mo., said Send was “an incredible encouragement, because we met so many other couples in the same season we’re experiencing.” She and husband Joshua planted Freshwater Church with help from Second Baptist in Springfield. Now the Hedgers have planted two more Missouri churches with September launch dates.

“Like many young pastors’ wives, I had an identity crisis with unreasonable expectations for what a ministry wife should be like,” said Hedger, recalling her early ministry days. “I felt like I fell short. Eventually I came to a crossroads – either be swallowed up by my fears or come to grips with how God equipped me as the woman I am.”

They were pleased that the conference provided tracks in their language and for their culture. “Sometimes husbands and wives have different ideas, conflicts within the marriage,” said Song. “As Asians we have different perspectives than Western people.”

“Then God sent some wonderful first-generation Nepalese,” said Mitsamphanh. “Recently, He brought inner-city African-American teens who want to follow Christ, instead of the influences they learn on the streets.

“Somali and Iraqi Muslims are moving to Memphis, and we want to be proactive in reaching them. That’s why we went through the reaching Muslims track. We sense we’ll have a chance to reach Muslims, and we want to be better equipped. Send provided excellent training and gave us confidence.”

In addition to providing insight and encouragement to the wives of church planters and pastors, the track was helpful for women in multiple areas of ministry leadership.

Sylvia Sales, who provides Sunday School leadership for Friendship Baptist in Dallas’ The Colony, said she liked Christy Nockels’ presentation. “She reminded us that we must understand who we are in Christ before tackling the ministry we’re called to do.” Nockles is women’s worship team leader at Passion City Church in Atlanta.

Feliciana Watkins of St. John’s Baptist, Euless, Texas, said she liked advice from Mary Jo Sharp on conversing with non-believers. Sharp, a former atheist, teaches apologetics at Houston Baptist University. “You need to be prepared with listening skills and good questions to lead a conversation to the gospel.” Watkins serves as a mission coordinator at her church.

Sales and Watkins attended Send with Donnie Devereaux, also of Friendship Baptist in The Colony, and Charles Leslie, professor to all three at Southern Bible Institute in Dallas. In addition to work at their home churches, the four serve on Mission AMEN’s Uganda team, led by Devereaux. Mission AMEN, founded by Leslie, is dedicated to mobilizing the African-American church to evangelize the world.

“I can apply what I learned at Send to my ministry work in Texas and on the mission field in Uganda,” Watkins said.

Carolyn Curtis is a freelance writer in Fort Worth, Texas.