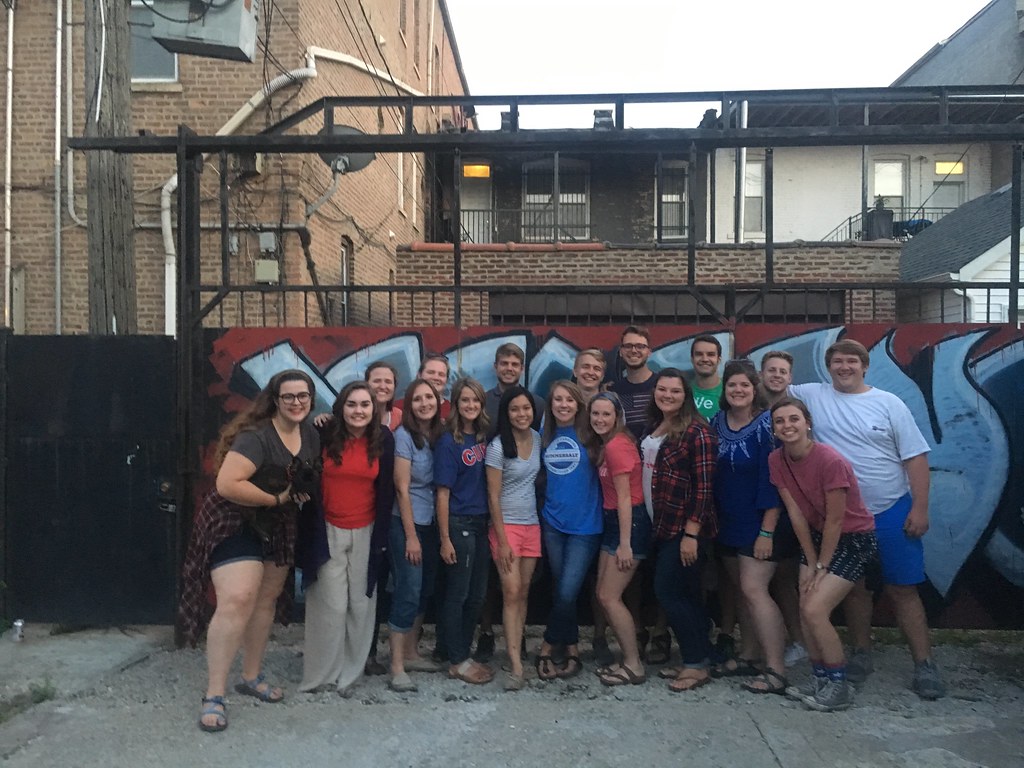 ALPHARETTA (BP)—In the summer of 2016, college students from Temple Baptist Church in Ruston, La., traveled to Chicago and Calgary to learn to live on mission. That experience not only changed the lives of the students, it had an inspirational impact on the church as well.

Temple Baptist consistently encourages its students to live on mission and to passionately pursue the Lord’s will for their lives. Because of that, many of the church’s students participate in GenSend—a collegiate opportunity where students learn how to lead missional lives in specific contexts through mercy ministry and church planting.

“Initially, I felt a pull towards the city of Calgary when I first heard about it at Temple, but I rejected the Lord’s call,” said GenSend participant Jackie Widder. “I decided to serve in Turkey for the summer, but when the government closed the country’s borders, I realized I had been making my own plans instead of listening to God. After many months of prayer, and receiving encouragement and mentorship from my college pastor, I felt a peace about going to Calgary and decided to listen to God.”

“Living on mission is a big emphasis at Temple,” said Temple Baptist college student Mitchell McCallon. “It is consistently preached from the pulpit, and it is lived out in our leaders lives. Pastor Casey, our college minister, played a huge role in motivating me to go on GenSend. He is constantly encouraging us not to waste our summers.”

Both the Chicago and Calgary groups were impacted by the needs they recognized in the cities.

“Chicago needs more pastors and more church planters,” said McCallon. “But most of all, it needs faithful followers of Christ to go into the city and do life with the people who live there, which begins with the church.”

“One thing I noticed about Calgary is the people are lonely and searching for purpose,” said Widder. “They are longing for community, even if they don’t realize it. Also, the city does not have enough churches for the 1.3 million people who live there. Most of the church plants are new and in need of volunteers. If more churches were planted, then the people of Calgary would receive the community they desire, but, for now, there are not nearly enough churches to adequately serve the city.”

At the end of the summer, each group’s leader gave an overview of their summer to the congregation.

“We presented videos of the GenSenders work to the congregation,” said senior pastor Reggie Bridges. “The videos explain where the students went, what they did and how the congregation’s support to the Annie Armstrong Easter Offering (AAEO) enabled them to do it. The videos physically showed our kids living on mission.”

Because of the stories shared by their student missionaries, Temple could put faces to their AAEO giving. Seeing the needs of each city through the eyes the students provided an excellent reminder of the importance of the yearly offering and its support of missionaries throughout North America.

“One thing Temple Baptist does extraordinarily well is caring and providing for college students,” says McCallon. “I can’t say enough about how much support we as a college ministry receive from the general congregation. I think this is reflected in the amount given to the Annie Armstrong Easter Offering. Simply put, Temple loves supporting its college students in their walks with God, and they are always enthusiastic when individual students express a call to ministry or missions.”

GenSend’s purpose is being fulfilled in churches such as Temple Baptist. The students are learning how to live on mission, while simultaneously motivating their home church to see the needs of the cities they are stationed in and meeting them through the AAEO.

“This is not a Temple story, it’s a kingdom story,” Pastor Reggie says. “We’re just excited to be a part of it.”

Everything given to NAMB through AAEO goes directly to missionaries in the field. The offering accounts for 50 percent of NAMB’s annual resources.

NAMB hopes to see every church on mission, whether that be through praying for missionaries, participating by going on trips or sending missionaries from their churches or through providing the financial resources needed to finance missionaries’ work in the field.

Editor’s Note: Earlier versions of this story reported inaccurate figures regarding Temple’s AAEO giving. The church reports that it has averaged $58,263.00 given to AAEO over the last three years.