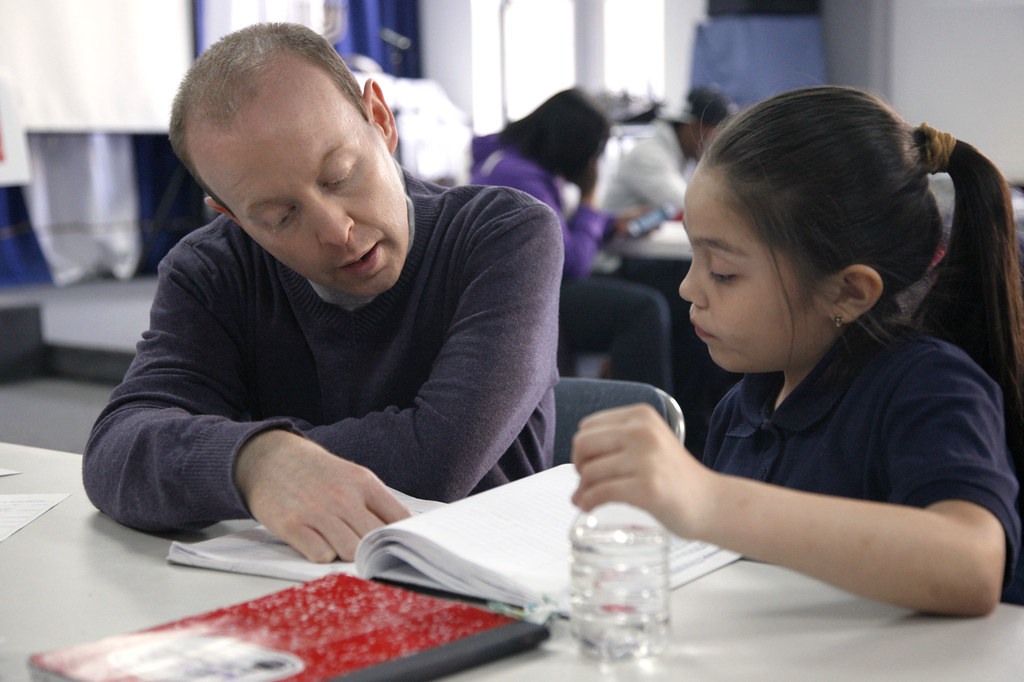 NEW YORK – High school student Shamar Smith has been attending Graffiti 2 Community Ministries’ after-school program for years. Raised in the South Bronx neighborhood of Mott Haven, Shamar is no stranger to the lifestyle and perils that mark the lives of many in the neighborhood; his own brother is already serving out a sentence on Rikers Island, New York’s primary jail complex. Had he not found his safe haven at Graffiti 2, Shamar knows his path might have looked the same.

“Without Graffiti 2, without Andrew. …  I don’t know where I might have ended up,” Shamar says.

Many of the children and families Andrew Mann, pastor and director of Graffiti 2 Community Ministries, works with every day have similar stories. Since Mann opened the church and community center doors in 2005, he has seen tremendous growth and influence in Mott Haven.

When Mann planted the church he was the sole staff member. Now it has grown into a beloved part of the community, and includes six full-time staff members (seven counting Proof, Mann’s beloved therapy dog) The staff all relocated to the area from other parts of the U.S. after serving short-term alongside Mann. Together they host daily after-school programs and tutoring for more than 60 children and teenagers, a weekly fellowship meal and Bible study every Thursday, monthly life skill classes, mentoring programs for teenagers, special outreach events and camps and weekly Sunday services, all designed to reach the families of Mott Haven for Christ.

“We’re a family program,” Mann explains. “We work hard to empower the families we serve as a whole. That’s really God’s mission for our ministry.”

Mann’s sense of God’s mission is what has kept him living in Mott Haven for nearly a decade. The area is home to some 90,000 people–30,000 of whom are under the age of 18 and subject to a number of risk factors for future struggles including poor education, gang violence and instability in the home. Despite these hurdles, Mann says there is a real strength to the neighborhood.

“There is a strong sense of the value of neighborhood here and a deep rooted community. We may face difficult circumstances in Mott Haven, but God is always working.”

Mann is one of six missionaries featured this year by the North American Mission Board (NAMB) as part of its 2014 Annie Armstrong Easter Offering® promotion. New York City, where Mann serves, is one of 32 Send North America cities NAMB is bringing special emphasis and resources to in its effort to help Southern Baptists start 15,000 new churches in 10 years. Half of NAMB’s financial support comes from the Annie offering.

Mann moved to Mott Haven from suburban Missouri after serving alongside missionary Taylor Field and his team at Graffiti in Manhattan. He connected with the church while attending New York University to pursue a degree in music. He quickly jumped in, joining the music team his second Sunday in attendance. However, Mann soon made the decision to transfer to Wheaton College in Illinois, subsequently taking him out of the city and away from the ministry of Graffiti. Even still, Mann says God was preparing his heart for his return to the city one day.

“Every step was preparing me for my eventual move to Mott Haven,” Mann says. “When I transferred to Wheaton I started serving in Humboldt Park, a tough part of the Chicago area. God was slowly growing in me a heart for neighborhoods like this—neighborhoods like Mott Haven.”

Mann continued to spend time alongside Field and his team at Graffiti, serving two summers with there before Field asked the recently graduated Mann to consider leading the launch of a second campus for Graffiti in the Bronx.

“I spent some time prayerwalking through Mott Haven after Taylor asked me about launching Graffiti 2. Walking those streets, I really felt a sense of calling to the people there. In that moment I believe God gave me a promise—if I would be obedient to His call to Mott Haven, He would take care of my needs.”

And since the launch of Graffiti 2, God has been faithful to that promise. The workload for Mann and his team is heavy, each one taking on a number of responsibilities to keep the church growing and thriving. Mann does everything from leading worship band practice and Bible studies to preaching Sunday services and mentoring and tutoring students after school each day.

“We all really have a sense of calling to this neighborhood and operating out of that calling has really improved our ministry,” Mann explains. “It helps the people in the community really trust us because they know we’re here for the long haul and that trust has enabled us to minister to them in totally different ways.”

The relationships Mann and his team have built in the community have helped the ministry at Graffiti 2 to flourish. Their dedication to the community didn’t miss a beat last year when Mann was diagnosed with cancer. The ministry soldiered on as Mann endured two major surgeries and months of chemotherapy, taking him in and out of work repeatedly over the course of the year. Now cancer free and back to work full time, Mann says the experience reminded him of God’s faithfulness to not just him but to the people of Mott Haven as well.

“I’m still trying to process all that God showed me during that year, but I know one thing: God is faithful. He called me to Mott Haven, but with or without me, God will continue working to see this community changed in His name because He loves these people even more than I do.”

The support of Southern Baptists and the Annie Armstrong Easter Offering has also given Mann a great sense of encouragement throughout his ministry but in particular through the last year.

“I appreciate so much the prayers of our network of churches in the Southern Baptist Convention,” Mann says. “The generosity and support they’ve shown our ministry has empowered us to press on in the work God has called us to do in Mott Haven.”

Sara Shelton writes for the North American Mission Board.