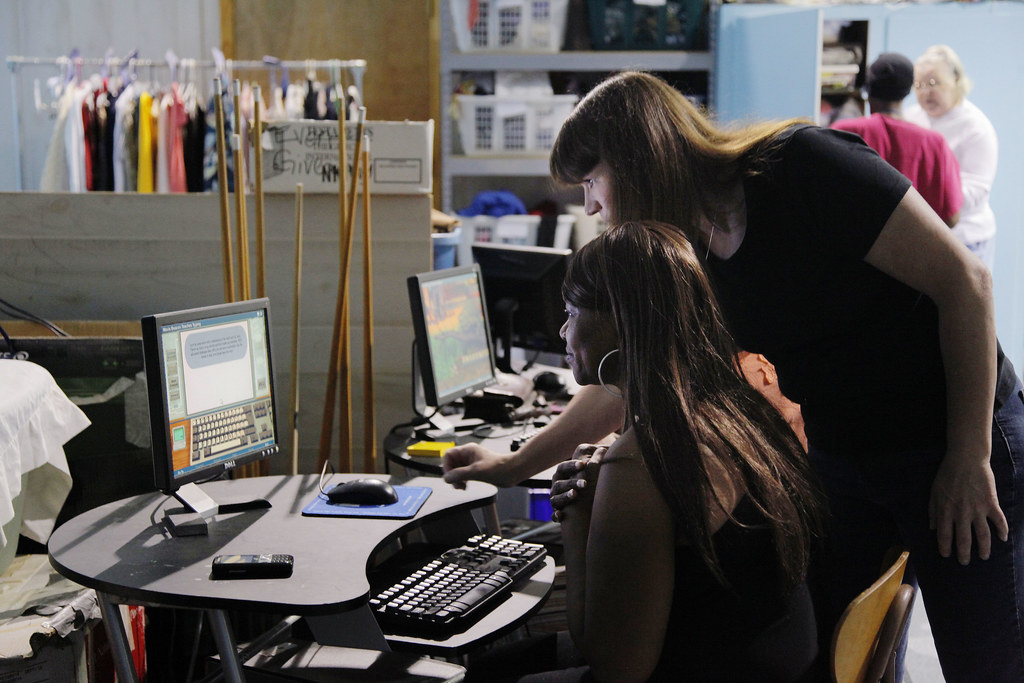 This article and video are part of a series on missionaries featured during the 2013 North American Missions Emphasis.

NEW ORLEANS – Several years ago, Melanie found herself in a desperate situation. Homeless and struggling with substance abuse, she was pregnant and sleeping under a bridge in Oklahoma City. Life seemed hopeless. A newspaper article caught her eye, emphasizing the city of New Orleans struggling to rebuild after Hurricane Katrina. Desperate to rebuild her life as well, Melanie set out for New Orleans and on the path to a divine appointment with LoveLoud missionary Kay Bennett.

“Melanie contacted me and came into our transitional housing program,” Bennett explains. “She got a job, got into college and is working towards her social work degree now. She came to us because she knew she needed help, and we offered her the support she needed to succeed.”

Melanie is just one of hundreds of women that Kay Bennett is reaching through her ministry at Baptist Friendship House in New Orleans. With a motto to “meet needs through love, action and truth,” the Baptist Friendship House exists to serve and support vulnerable women and children as they transition into to new lives. The ministry offers housing to homeless women and children as well as life-skill training in areas ranging from literacy and computer skills to GED and college preparation.

“Most of the women who come into our transitional program are getting out of a bad situation,” Bennett says. “The important thing to realize is that these women often get stuck in vicious cycles of addiction or abuse, and if there’s not someone there to help them break the cycle they have a hard time breaking free. Through Baptist Friendship House I’m able to come alongside them and help them get out of the cycle for good.”

In addition to the transitional housing program, Bennett and her team host numerous community outreach events throughout the year designed to meet the physical, emotional and spiritual needs of their community. At the crux of Bennett’s ministry is a desire to reach the whole person, starting with their physical and emotional needs before ultimately seeking to see them spiritually transformed through the power of Christ.

“We see people that come to us with deep needs, and many have never even heard who Jesus is. If I walk up to that person and start just quoting Scriptures without offering to help with their immediate needs, they’ll never hear it. When they come in and see us simply being Christ to them, that starts building a bridge to share the gospel and see life change happen.”

Bennett has been reaching the hearts of New Orleans through Baptist Friendship House for the last 15 years. Originally from Mississippi, she came to the city more than two decades ago to complete her Masters of Divinity Degree at New Orleans Baptist Theological Seminary. She served as a missionary at the Brantley Baptist Center for nine years before taking on her current role at Baptist Friendship House in 1997. In her time of service, Bennett has developed a heart not just for the women and children of New Orleans but also for the city itself.

“New Orleans is such a laid back city with something for everyone,” Bennett says. “If you’ve never fit in anywhere in your life, you would find a place to fit in New Orleans.”

However, Bennett recognizes that much of what the city is known for today are the things that give it a darker side

“There is certainly a heavier side to the city. Things like strip clubs, alcoholism, prostitution, they mark our city as well.”

The annual Week of Prayer for North American Missions, March 3-10, 2013, and the Annie Armstrong Easter Offering®, provide support for Bennett and other missionaries like her who serve on behalf of Southern Baptists in North America. With a goal of $70 million, this year’s offering theme is “Whatever It Takes – Reaching the One.”

“For more than 20 years the Annie Armstrong Easter Offering has provided for my salary as a missionary here in New Orleans,” said Bennett. “I have not had to worry about raising funds to support me while I do the ministry that God has called me to do, and this allows me to totally focus on His work.”

Bennett is boldly ministering to the needs of those looking to be rescued from the darker side of the city. Her latest challenge? Fighting the rapidly growing battle against human trafficking that is dominating the United States and, in particular, the city of New Orleans.

“Human trafficking is the largest criminal industry in the world and the second largest in the United States,” Bennett states. “In New Orleans, we have a lot of prostitution, a lot of clubs on Bourbon Street and we’re located on I-10, the highest rated corridor for trafficking in the country. These things make it easy for vulnerable girls to be transported through the city and sold for sex.”

Through her ministry at Baptist Friendship House, Bennett is able to provide an alternative to those vulnerable to trafficking as well as direct those already victimized to safe havens in the city.

“It is really easy for someone living in desperation to be lured into a trafficking situation and then held captive there. New Orleans is an attraction for runaways and runaways are attractive to traffickers. We are trying to intercept these vulnerable girls and bring them into our program before they get lost. If they’ve been trafficked and rescued, we’re able to work with local law enforcement to get them into a safe house.“

Though ministry like Bennett’s can seem risky at times, she believes she is exactly where she is supposed to be: on the frontlines combatting the problems that plague the women and children in the darkness of New Orleans.

“In this work, I know I am in the center of God’s will,” Bennett says with assurance, “and there’s no safer place to be.”

Sarah Shelton writes for the North American Mission Board.