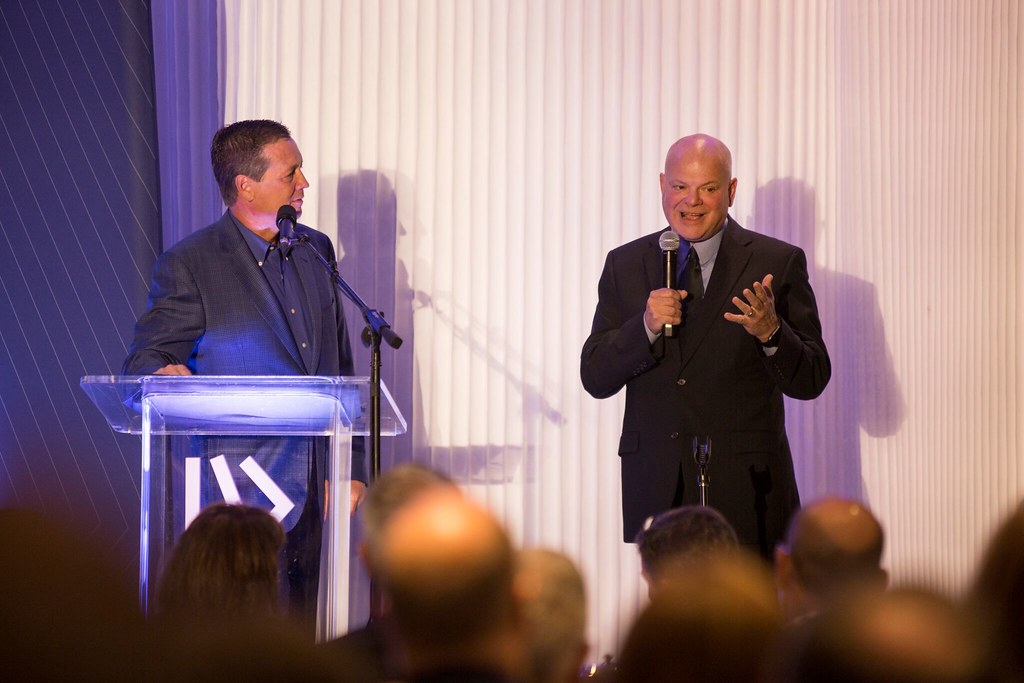 MONTREAL (BP)—North American Mission Board (NAMB) trustees gathered Oct. 2-4 in this city of great beauty—and great spiritual need—to hear reports of church planting progress and to witness the reality of the deep lostness that makes Montreal the least-reached part of North America.

“It is a bit hostile to the gospel,” Gerry Taillion, executive director of the Canadian National Baptist Convention told NAMB trustees. “But slowly, and surely we will win them.”

Taillon credited his convention’s partnership with Southern Baptists as a key element to the growth Montreal and all of Canada has recently seen in kingdom work.

During a presentation to trustees at dinner on Monday, Oct. 2, Taillon and NAMB president Kevin Ezell shared statistics showing the progress throughout Canada since 2010 in the areas of baptisms, church attendance, number of church plants, total number of churches and partnerships with churches in the United States.

“I just want to say thank you so much North American Mission Board and Southern Baptists,” Taillon said. “Those figures would not be there, and that would have not happened were it not for this partnership that we prize.”

Earlier in the day, trustees saw some of that work first hand when they loaded buses and visited several sites where NAMB church planting missionaries have launched new churches in recent years.

At the plenary session of their Board of Trustee meeting on Wed., Oct. 4, trustees heard reports from several committees, reviewed financial statements and approved resolutions addressing a number of issues.

Also at the meeting trustees:

In his report to trustees, Ezell focused on plans to expand the reach and services through NAMB’s Send Relief compassion ministry. Ezell thanked state convention partners and volunteers for all they have done in response to recent hurricanes Harvey, Irma and Maria.

He said Southern Baptists are considered among the “Big Three” in disaster relief entities, along with American Red Cross and the Salvation Army.

“We are very grateful for the funding that comes through Southern Baptists,” Ezell said, but “the greatest need we have in Send Relief is more resources to help the people on the field.”

Ezell shared that more than half of donations received since the beginning of Hurricane Harvey efforts have come from non-SBC sources, indicating a potential for donations beyond the Southern Baptist base. While Send Relief’s gospel focus will remain rock-solid, “We feel like there is incredible potential for donors and volunteers outside of the SBC,” Ezell said. “We just have to think bigger.”

Turning to church planting, Ezell said the launch of NAMB’s new Church Planting Pipeline has gone well and that hundreds of churches have already signed up to participate. The pipeline process helps churches discover, develop and deploy the next generation of church planters.

“The greatest need we have in Send Network are church planters,” he said.

Ezell closed with a focus on the new Gospel Conversation Challenge NAMB is leading along with LifeWay Christian Resources, the SBC Executive Committee and state Baptist convention partners.

The gcchallenge.com web site includes the “Gospel Conversation Pledge” which pastors can sign, committing how many gospel conversations their church will have between now and June 2018. There is also a place to record and upload a “GC60” video, where people can share about their most recent gospel conversation. A prayer guide and additional resources are also available.

“The whole idea,” Ezell said, “is to get people thinking about it and talking about it consistently—having gospel conversations. When you do that I have found in my own life that I am much more accountable to doing it and taking advantage of every opportunity.”