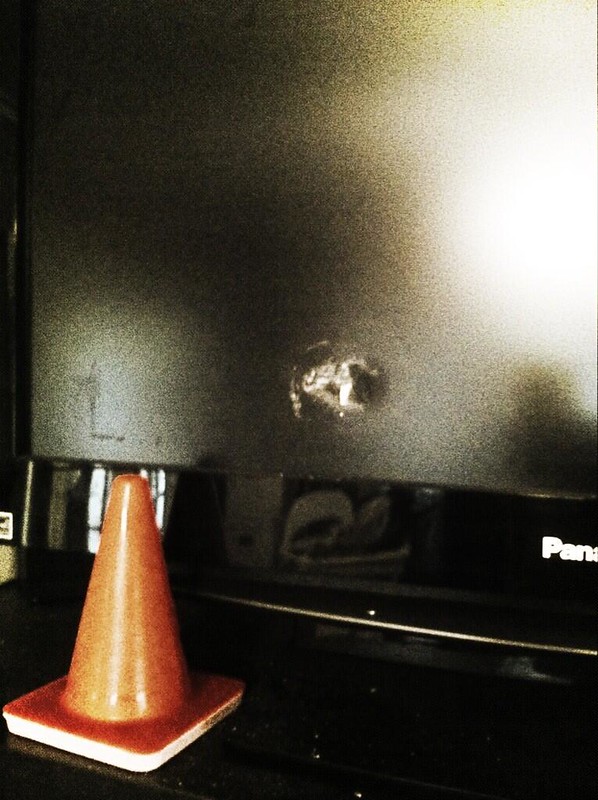 WATERTOWN, Mass. (BP) – A Southern Baptist church planting resident at a Boston-area church found himself, along with his wife, in the crossfire of a police shootout early Friday morning (April 19) with one of the two suspects in the Boston Marathon bombing.

Stephen McAlpin, who is nearing the end of a one-year North American Mission Board church planting internship with Hope Fellowship Church in Cambridge, Mass., had just gone to bed around 12:40 a.m. when he and his wife heard something that sounded like fireworks.

By then officials had identified two brothers believed to be responsible for the double bombings that killed three and injured more than 170 people April 15, and Thursday night the suspects hijacked a car in Cambridge and drove to Watertown, where McAlpin lives, while being pursued by police.

A dramatic shootout commenced outside McAlpin’s home, resulting in the death of one of the suspects. The other remained on the loose Friday, causing the entire city of Boston and surrounding communities to be placed on lockdown as police searched for him door to door.

“The gunshots were continuing. We heard glass break. We started crawling into the kitchen of our home — me, Emily and our dog,” McAlpin recounted to NBC’s Brian Williams Friday afternoon. “As we were crawling, we saw a large flash like an explosion. We got underneath our kitchen table and continued to hear gunshots. They were much louder and felt closer.”

The couple could hear yelling and what sounded like another explosion.

“I’m a grown man, but at that point I was terrified and I was holding my wife there under the table and holding my dog, and it got real for us,” McAlpin said. “We realized that we could die.”

McAlpin told Williams via telephone that he and his wife are Christians and they prayed in those most dangerous moments that God would keep them safe.

“We prayed for God’s grace to protect us and protect our neighbors and just sat there,” he said.

They moved into their bathroom and huddled in the bathtub with their dog, and after about 30 minutes, police knocked on their door and showed them what had happened. Bullets had entered their living room. One was lodged in their television, which kept it from entering their bedroom on the other side of the wall. Another had hit a picture frame. Outside their SUV had sustained damage from a bullet.

Police were marking the evidence in and around their home, which included “many bullets and shells around the side of our house and also in the front,” McAlpin said.

“Since then we’ve just been staying in our kitchen, trying to stay safe. It’s overwhelming to us that all of this happened, but we just feel blessed to be safe,” the church planter said.

“We know how easily things could have gone poorly for us and we’re just thankful for God’s grace in protecting us. I don’t really know. It doesn’t feel real. You never think in your home when you’re safe and trying to sleep that bullets are going to come through and that explosions are going to happen.”

McAlpin also told Williams, “We’re in shock. I haven’t been able to go to sleep. We’re exhausted. But we’ve just been trying to share about what happened and even just tell people about the kind of hope that we’ve found in God during this really dark time.”

The couple has plans to move to Los Angeles to plant a church when the internship in Boston is over. McAlpin said they’re trying to process what happened overnight and react as they should as Christians.

“[We’re trying to] love our own neighbors here and look at this as an opportunity to speak out of our experience to them,” he said, adding that as they sit in lockdown at home, he and his wife are praying for law enforcement officials and for Boston.

“We just want this to end. We want life to return to peace as best as it can, but I think a lot of people are going to be struggling with, ‘How do we go from this back to what we call normal life?'” McAlpin told Williams.

Stephen and Emily are from St. Louis, and he said on NBC that he moved to Boston to study at Gordon-Conwell Theological Seminary, where he recently graduated with an M.Div.

“[I] have been working at a local church here called Hope Fellowship and they’re training me to learn how to start a church and to share God’s love with people,” McAlpin said.

“So that’s what we’re doing in the area for the year, and we’re just trying to — we love the city here and we love to be a part of the area,” he said. “Boston is normally such a strong and vibrant place to live and I think moving forward we hope that we can just keep loving people here and challenging people to share in our hope.”

As he closed the interview, Williams told McAlpin, “My hat’s off to you for the generosity of spirit that I’m hearing in your reaction after what you’ve been through last night.”

According to his Twitter page, McAlpin also was to share his story on CNN Friday and via Skype on NBC’s Rock Center at 10 p.m. Eastern.

At one point Friday, McAlpin tweeted, “Thank you Jesus for giving us hope greater than the measly things of this world that we lost today.”