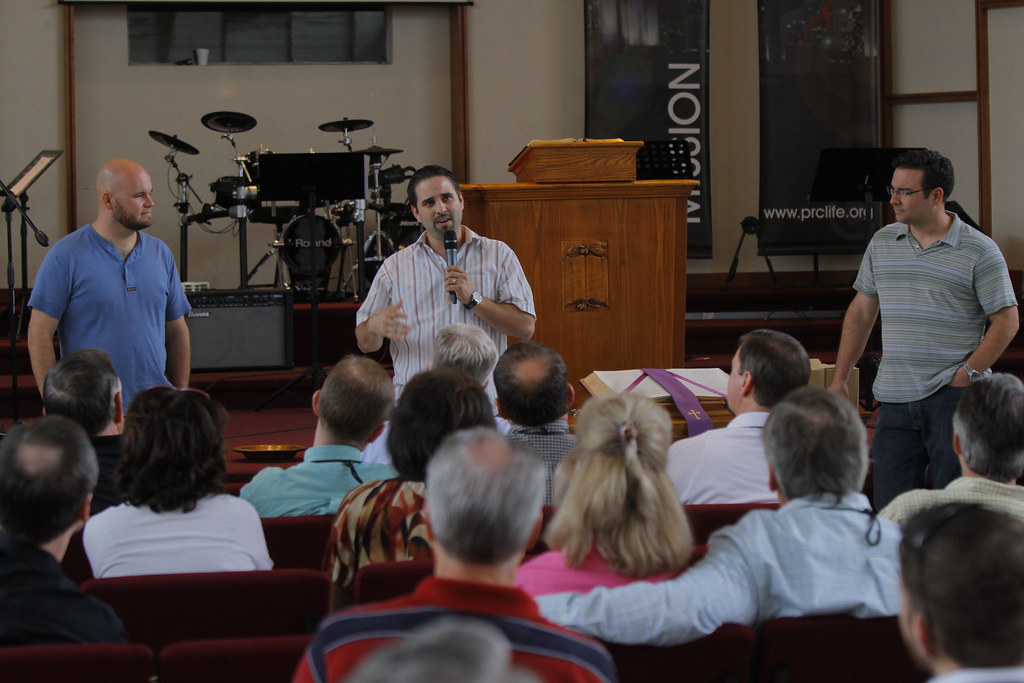 ALPHARETTA, Ga. – The North American Mission Board is making church planter support a priority as it seeks to help Southern Baptists greatly increase the number of churches planted in North America over the next ten years.

“We need thousands more church planters,” said NAMB president Kevin Ezell. “We know its God’s role to call them. But we also know we must do a better job taking care of them once they’ve responded to the call.”

One of Ezell’s first actions after coming to NAMB in September 2010 was to establish a church planter support network. The effort is directed by Micah Millican. He helps establish support teams for planters in cities throughout North America.

Local church planters, church planting catalysts and NAMB city coordinators lead up the city-specific support teams. NAMB encourages three events a year per city designed to deepen relationships between planters and their families and build a sense of brotherhood between planters in a city. Local planters decide what those events will be.

“Cities are not won in isolation,” said Millican. “Cities are won in community. Church planters need to be able to lock arms with other planters to effectively push back lostness in a city. They desperately need one another.”

One of the three events NAMB funds each year is specifically designed for church planter wives to get together. Another one involves the whole family, including children. A recent event in Boston included a family trip to the aquarium for planters and their families.

To help support and encourage church planting families, NAMB regularly sends all planters who have joined the network books focused on leadership development, marriage and spouse enrichment, along with books related to other ministry issues. Funds have also been provided for date nights and to meet special financial needs in times of crisis.

Church planter Jose Abella has benefited directly from NAMB’s increased support efforts. Abella, who serves in Miami, says church planting can be a lonely ministry. With so much of a planter’s energy focused on reaching new people with the gospel, his family often has limited opportunities for relationships with fellow Christians.

That’s why the relationships his family has developed with other church planting families through the North American Mission Board’s (NAMB) Send North America Support Network over the past two years have been so critical.
“That’s part of what it means to be Southern Baptist,” Abella said. “You’re not on your own. There is an incredible amount of support, prayer and encouragement available as we connect with other planters and NAMB.”

Miami is one of 32 Send North America cities where NAMB is developing local networks of church planters through establishing city-specific support teams, driven by its national Send North America Support Network. The city-specific support teams are one part of a national effort by NAMB to develop a network among Southern Baptist church planters. The national network is open to all lead church planters regardless of ministry context who affirm the Baptist Faith and Message and have planted within the past five years.