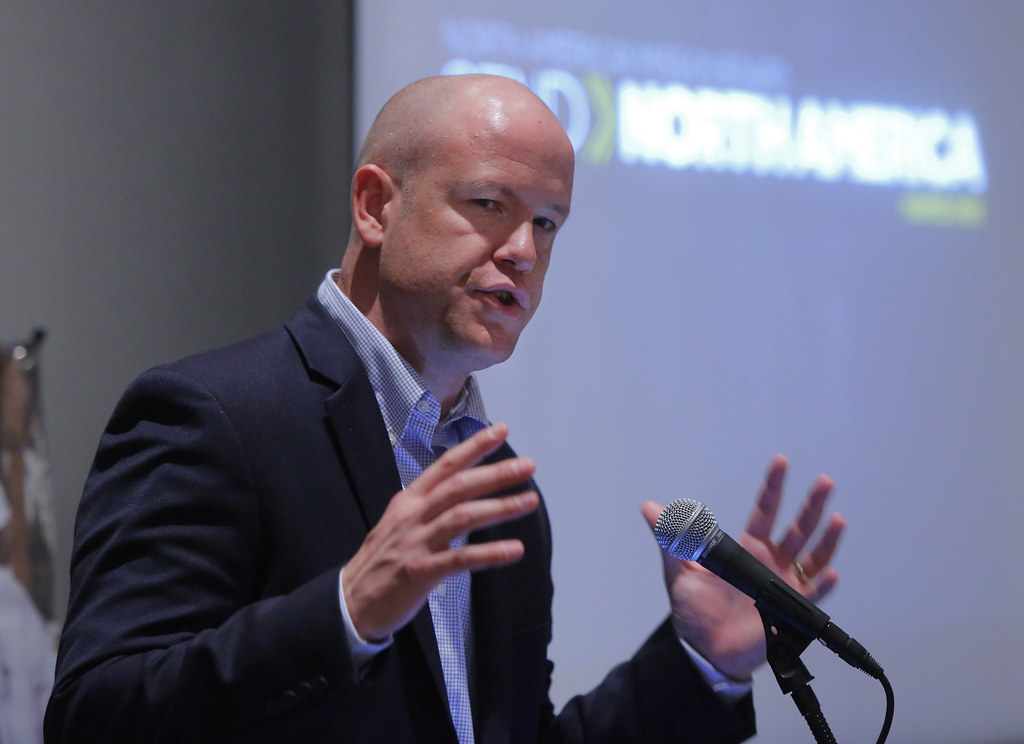 HOUSTON – To call Jonathan Lemaster’s life busy would be an understatement. He pastors two churches and is helping to start a third. And, until recently, he also worked as a debt collector in Duluth, Minn., where he pastors.

“It’s hard to learn that balance of doing ministry and spending time with your family,” Lemaster said. “I have a wife and four daughters. It’s really been hard at times to balance everything.”

Speakers at the Bivocational and Small Church Leadership luncheon at this year’s Southern Baptist Convention in Houston encouraged Lemaster and others by reminding them of the key part they play in penetrating lostness in North America. The luncheon was sponsored by the North American Mission Board and Wayland Baptist University and hosted by the Bivocational Small Church Leadership Network.

“A big part of the conversation we’re trying to lead is that bivocational ministry is the new normal,” said Aaron Coe, NAMB’s vice president of mobilization and equipping. “We really believe that to reach North America, we can’t do it through full-time clergy. It has to come through a multiplicity of pastors in all kinds of contexts.”

“The majority [of our Southern Baptist churches] are small,” said Michael Summers, the director of church services at Wayland. “If we do not help them, then we’re missing the whole point of missions. The future of Send North America is going to be based on an apostolic approach and using lay people and bivocational pastors right where they are.”

Jimmy Scroggins, pastor of First Baptist Church of West Palm Beach, Fla., and the luncheon’s keynote speaker, shared about his church’s decision to focus on bivocational pastors as its church planting strategy. He said the church realized that to reach the 7 million people in the three local South Florida counties for Christ, they’d need to start at least 1,000 new churches.

“The only way remotely possible to even plant 100 churches in any reasonable amount of time—10 years, five years or even 20 years—is that we are going to have to raise up and engage some bivocational pastors who are intentionally bivocational,” Scroggins told the audience.

With that realization First Baptist West Palm Beach began to mobilize leaders in their church—who already had jobs in the community—to start new churches in South Florida. The church has been actively training these leaders before sending them out to start new churches.

Scroggins shared about the church of Antioch from the book of Acts, contrasting the “pros” who planted the Jerusalem church with the average “Joes” who planted the Antioch church. He said that the church in Antioch—led by bivocational leaders—then became the missional model of the early church.

Ray Gilder, who serves as the national coordinator of the Bivocational and Small Church Leadership Network, says his network helps to provide training and develop relationships between bivocational and small church pastors. Gilder recently published a book, entitled Uniquely Bivocational, to further help bivocational pastors understand and embrace their calling.

“Bivocational and small church pastors are serving God right where they are,” said Gilder, who also leads the bivocational ministries at the Tennessee Baptist Convention. “If you are where God put you, there is no move up.”

For more information about the network, visit bivosmallchurch.net. To find out more about church planting in a bivocational setting, visit namb.net/mobilize-me.