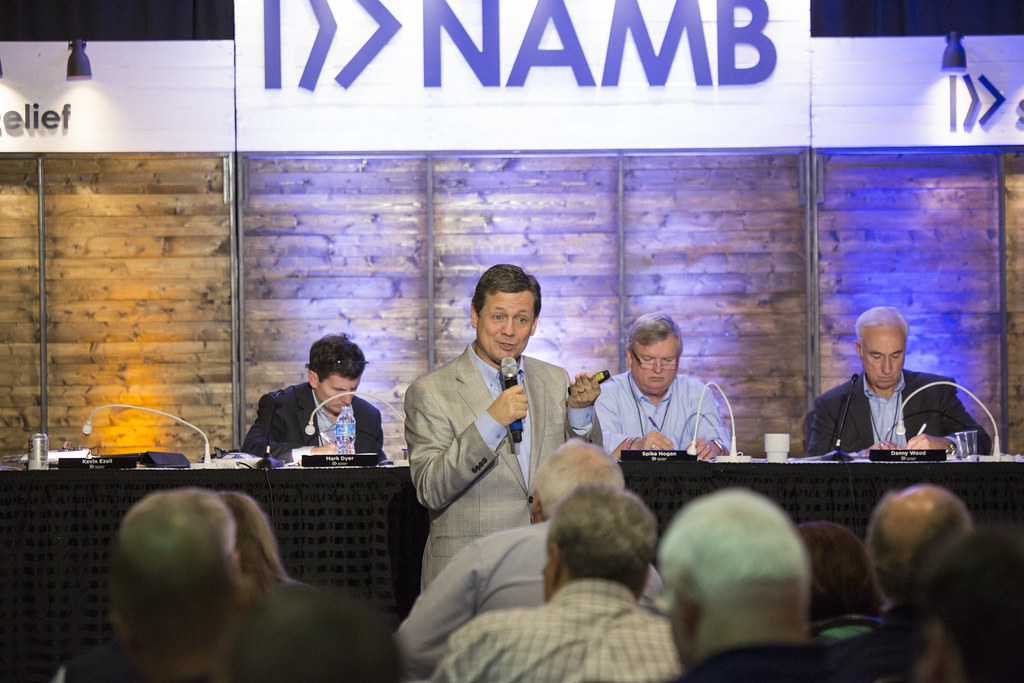 ONTARIO, Calif. – Trustees of the North American Mission Board (NAMB) meeting in Southern California heard reports from local church planters and approved the establishment of three Send Relief “ministry hubs” that will provide mercy ministry and give Southern Baptists an opportunity for hands-on missions service.

Meeting Tues., Feb. 7, for their full Board meeting, trustees approved a plan for NAMB to purchase existing property that will be transitioned into the ministry hubs. A Clarkston, Ga., hub will be located in Clarkston International Bible Church; In Memphis, Leawood Baptist Church will serve as a hub; and a property in Ashland, Ky., will be a hub for Appalachia ministry work. The trustee action grants NAMB the authority to move forward with the transition of these properties. Churches will still meet at the Clarkston and Memphis locations.

“These ministry hubs will serve their surrounding areas and become a destination for Southern Baptists who want to send mission teams,” NAMB Send Relief vice president David Melber told trustees. “If these go well they will become models for launching additional hubs throughout North America.”

Melber said the ministry hubs outside of Atlanta will also house equipment and supplies to be deployed in times of disaster, allowing for a quicker response for urgent needs.

NAMB president Kevin Ezell told the planters, “The reason these people [trustees] have left their families and come to this place is to invest in NAMB and make sure you have what you need and let you know that they have your back.”

Gateway Seminary president Jeff Iorg shared the story of how the school transitioned its primary operations from San Francisco to Ontario and some of the ways God provided throughout that process. One example is an $850,000 unsolicited gift to be used for training church planters that come to the seminary. The gift came just a few months after Iorg announced the school’s relocation.

“In the past three years we have given 404 church planters scholarship money to go to seminary to help feed the pipeline you need to get church planters into the church planting positions you have,” Iorg told trustees.

In other trustee business:

In his report to trustees, Ezell shared a “Pray for Planters” initiative that NAMB will be championing throughout 2017 with the goal of enlisting 10,000 SBC churches to pray for church planters and other missionaries.

“It doesn’t cost a church anything to pray and we are just asking that they commit to prayer,” Ezell said. “It’s the very first step in church planting, and every church can participate.”

A web site for the initiative where churches can log their prayer commitment will be launched March 1 at namb.net/pray.

Ezell shared about progress in NAMB’s continuing efforts to strengthen and build SBC church planting efforts. Church planter assessment centers are now present in 20 cities across the United States and Canada. A new church planter reporting system will track the progress of church plants in key areas and provide reports for NAMB and other funding partners. NAMB will conduct three church planter orientations this year—two for planters in Send Cities and one for planters serving outside of Send City areas.

In evangelism, Ezell shared that NAMB is continuing its Engage 24 workshops for pastors. The noon-to-noon, pastor-led events equip pastors with tools and ideas for church-wide evangelism initiatives. A new Three Circles church kit has everything a pastor needs to train members how to turn conversations toward Jesus. In June NAMB is partnering with Harvest America to bring the Crossover Crusade to Phoenix on the Sunday, June 11, prior to the SBC annual meeting.

“We are excited about everything that is going on,” Ezell said in concluding his report. “What’s very exciting is that everything we have dreamed of is very, very doable. It is a God-sized task, but God has really shown up and provided everything we need. We have got to stay focused and cannot get distracted. Because this absolutely can be done.”

Mike Ebert is a writer for the North American Mission Board.