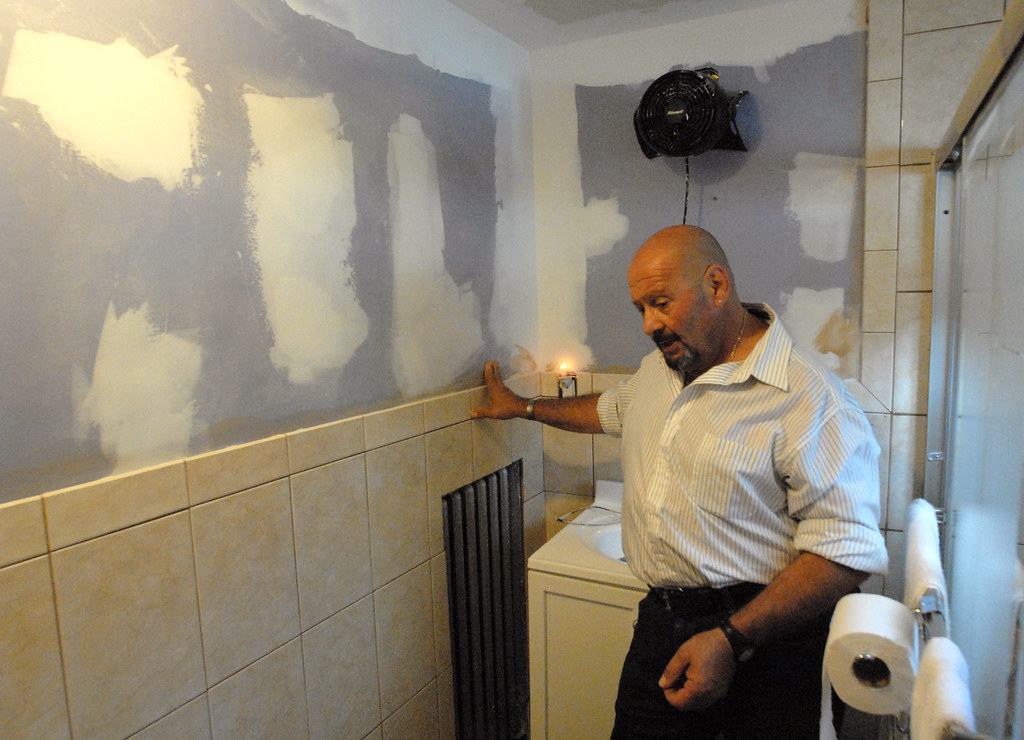 STATEN ISLAND – When college students return to Staten Island over Christmas break this year, some of them might cross paths with Frank Primiani, a resident and Hurricane Sandy survivor who benefited from the work of Baptist students on Spring Break earlier in 2013. But they won’t find the same “Frank Primiani” who met those earlier student volunteers.

Following the storm’s devastation Primiani felt hopeless. He said he was overwhelmed with a recent cancer diagnosis, the damage to his home and with caring for his mother.

“I cried out to God for help and He answered me by bringing Gene Cole and his (Southern Baptist Disaster Relief) crew to help me,” said Primiani.

Baptist Disaster Relief leaders are calling on college students again this year, hoping that teams from across North America will use part of their Christmas and spring breaks to assist homeowners still rebuilding after Sandy. Information is available at  namb.net/Sandy/.

Cole said that Primiani was gracious and wanted to work alongside them. Because of Primiani’s illness Cole would guide him away from the physical labor. It was at these times that Cole was able to visit and answer Primiani’s questions about a relationship with Christ.

“These people were thanking me for allowing them to help me, Primiani said. I couldn’t understand it—a typical New Yorker doesn’t understand something like that. They wouldn’t accept pay so I would order them pizzas and offer some kind of gesture to pay them back. They just kept giving and giving and giving.”

Primiani said he saw Christ through the volunteers and wanted what they had.

“I didn’t need to see the wounds on His hands. His work (through them) spoke for itself. That was enough for me. I felt obligated to search out God and to find out what it’s all about. I’m glad that I did. Finally I got it.”

Primiani recounts the Good Friday when he was with Cole picking up supplies. The two men were sitting in the truck when Primiani said, “Gene, I’m going to meet you in heaven. I’ve accepted Jesus as my Savior.” The men started hugging, praying and crying.

Cole had to head for home the next day but before leaving he gave the good news about Primiani to Pastor Ray Parascando of Crossroads Church of Staten Island. Primiani had visited the church. Parascando baptized Primiani on the following Easter Sunday.

Parascando said the church had a heart for starting a cancer ministry supporting patients and family. Primiani’s involvement was immediate. “Not only did Frank find Christ in the midst of all the disaster but God gave him a burden to serve Him in some way.” On Oct. 24, the church held its first benefit for the ministry.

“Frank has such a servant’s heart,” said Cole. “He’s willing to do anything with the church, whether it’s being a greeter, parking cars or sweeping the floors.” Cole says that he keeps in touch with Primiani and hopes to see him in December when he comes back as a SBDR team leader to work with the collegiate rebuild on Staten Island.

Pastor Parascando, a NAMB church planting missionary, says, “So many times volunteers go on (missions) trips and may ask, ‘Is it all worth it?’ But, he says, they served, they reached out, gave and there’s fruit.

“These seasoned believers came to help Frank. They get it. They were serving first, being obedient to God. And, of course, you can’t help it when the spirit of God leads you to a Frank. God set that up. All these dollars and hours that these gracious volunteers spend to come up here to work in disaster relief bring honor and praise to God. He will come to receive the praises of His people,” said Parascando.

In all 816 college students representing 67 colleges and church groups responded during Christmas and spring breaks last year to serve Sandy survivors. They came from 30 states and two Canadian provinces.

Primiani says he still finds it hard to believe that so much good came out of the disaster and his circumstances.

“I don’t feel alone or empty anymore,” he said. “I feel full. I don’t fear anymore, even though I’m dealing with cancer, rebuilding my house and taking care of my mother.

“It took cancer. It took Sandy—a disaster—to bring me to God. He had to show me. I don’t recognize myself anymore. It has to be God’s work. I’ve gone from night to day.”