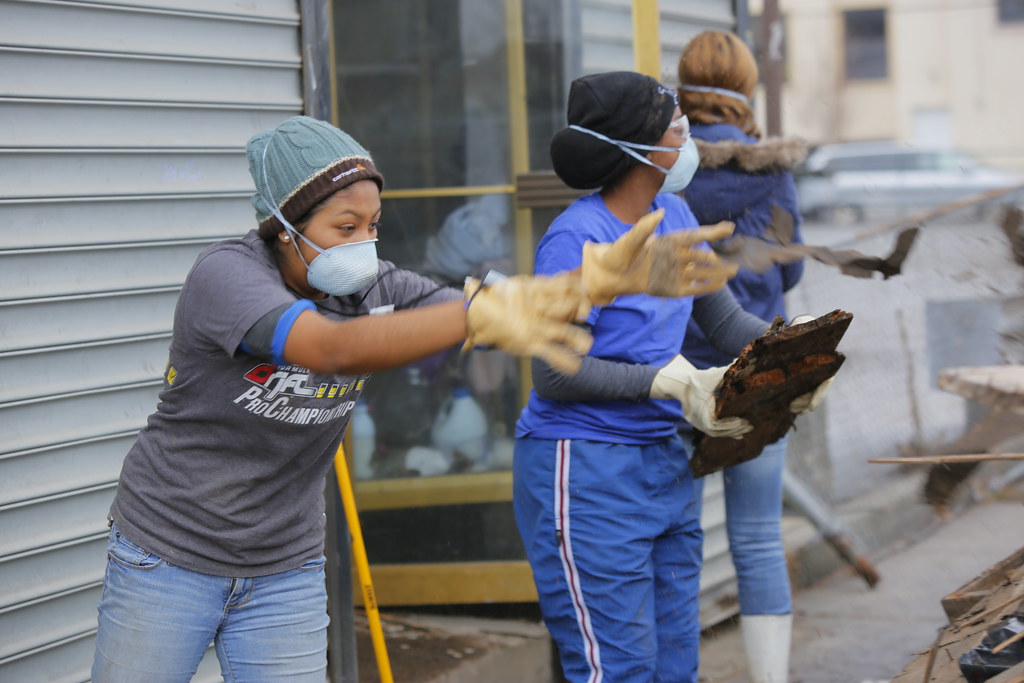 STATEN ISLAND, N.Y. – The pace of Southern Baptist Disaster Relief work may lesson at the holidays, but it rarely stops completely. That was the case for volunteers who served up to the week of Christmas serving survivors of Hurricane Sandy in New York and New Jersey–and for those who are back at work in the new year.

One of those volunteers is Northwest Missouri State University student Reese Hammond. Hammond was part of an 11-member, student-led Baptist Student Union group, which came to serve along with trained SBDR volunteers ministering on Staten Island. Hammond was continually thankful for God’s provision.

“God gave us two borrowed vans to make the 22-hour trip,” said Hammond. “When we arrived at Zion Lutheran Church, where we were staying, we were greeted by the amazing and wonderful volunteers and staff that made our trip a success.

“Over the week we worked on some of the most damaged homes you could think of. All of these homes had extensive water damage. Some had even experienced more than 14 feet of water rushing over them. We worked on homes that were filled with mud and mold. We had homes where sewer pipes had broken and sewage was everywhere inside,” said Hammond.

“God is using disaster relief to reveal Himself to college students,” said Susan Peugh, a NAMB staff member responsible for coordinating volunteer opportunities. “Students are having life-changing experiences while ripping out floors, insulation and spraying for mold. Daily they are being reminded of how God has blessed them and why they need to share His hope and love with those who are hurting. They will long remember this experience.”

“This trip didn’t mean that we were missing out on free time over break. It meant that if we didn’t go on this trip, we would be missing out on making Christ’s name great in the hearts of those who are hurting,” said Hammond. “Over the week, we were able to sow the seeds that God makes grow. We were able to pray with these people after each day of work. We gave out Bibles, and we shared what Jesus has done in our lives.”

Hammond’s group was part of a larger number of more than 500 students from 22 states who gave part of their Christmas breaks to serve on Staten Island. Students will continue to minister on site through Jan. 22.

“Overall, this trip was full of God’s glory,” said Hammond. “He made everything line up just right. He put us in the position to serve those who needed Him. He revealed Himself to us, to those we served, and to New York. He even arranged a Fox News interview with our group the morning that we were going to leave. So, in the end, God was faithful as always. He was faithful in getting us there, He was faithful in revealing Himself to us and to the people we worked with, and He was most definitely faithful in making His name great throughout our entire trip.”

Joe Conway writes for the North American Mission Board. Beth Bootz contributed to this story.