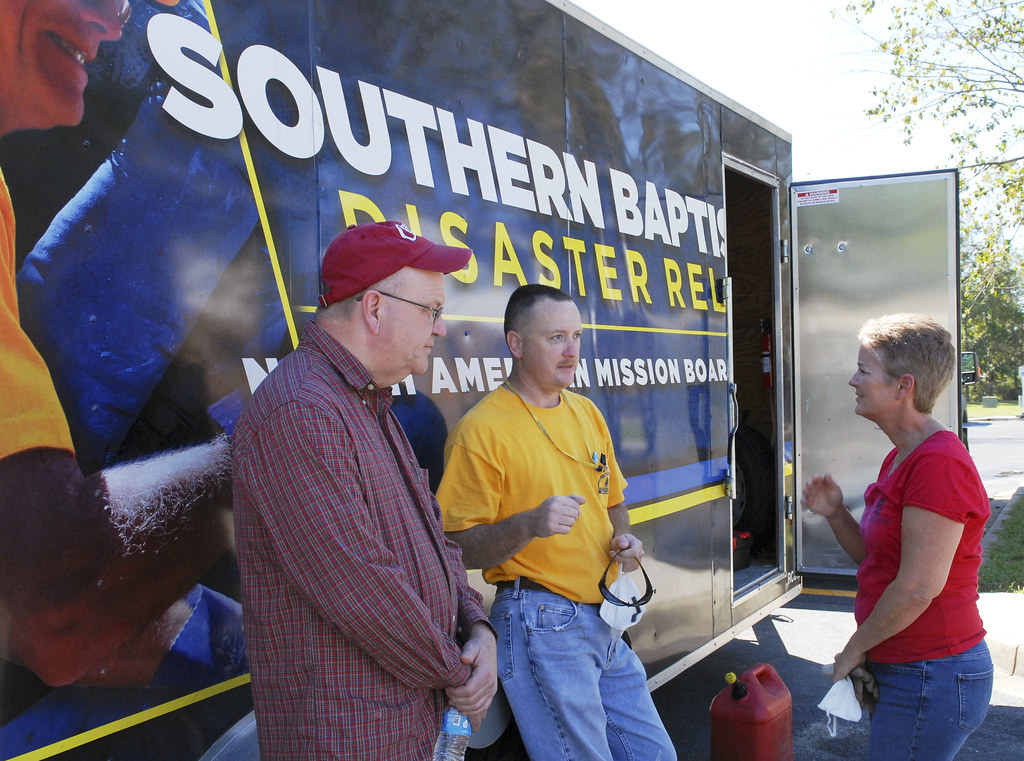 Meadowfield Apartments sits on west side of Summerton, a small community north of Lake Marion near I-95. Most of the area was flooded from storm systems and torrential rains spawned by Hurricane Joaquin. The complex’s 150 residents were rescued by emergency workers who waded through water in the middle of the night and took residents to a temporary shelter.

Due to the flood damage and demolition costs, Babbie Jaco, an officer of Boyd Management, Inc., which manages the complex, said the company was faced with shutting down the 48-unit complex.

“There is no other affordable housing for residents here,” said Jaco. “Everyone is homeless right now. A few were able to stay in some upstairs units.”

The tenants, which include some elderly and disabled, are mostly families with children. All tenants are on government subsidies and the average income for them is under $6,000 per year, she said.

Jaco says she was at her low point about the decision to close the complex when she happened to meet Summerton Baptist Church Associate Pastor Bob Ashba and Bobby Jackson while having lunch at the local diner. The two men heard her dilemma and offered to help. Jackson, retired SBDR director from the South Carolina Baptist Convention, put her in touch with his long-time friend Mickey Caison, North American Mission Board (NAMB) interim executive director for Disaster Relief.

Normally SBDR teams do not work on apartments, but as the company was a non-profit, and so many residents were displaced in the community, Caison agreed to take on the project.

Help came Oct. 23 when collegians from Auburn University at Montgomery (AUM) showed up to work with other Southern Baptists and some volunteers from Americorp.

The team of seven AUM students and their Baptist Campus Ministry leader, Lee Dymond, arrived at 1 a.m. at the SBDR command in Manning, S.C. None of the students had done any Disaster Relief work before, but they came ready to serve, Dymond said.

During the two days of service, the students tore out sheetrock, pulled up carpet and flooring and hauled out debris. They worked alongside SBDR teams from Brushy Creek Baptist Church in Easley, S.C. and North Rock Hill Baptist in Rock Hill, S.C.

Avery Fox, South Carolina SBDR volunteer who directed the teams, said the students worked well alongside other teams and showed dedication. By the end of the weekend teams had completed tear-out, pressure washing and mold remediation on 12 of the 40 units needing work.

“The collegians work hard and work eagerly,” said Fox. “They work happily and sincerely. They’re doing some dirty and hard work, and many of them are not used to that and they do it joyfully. It’s a wonderful witness to the residents and the community.”

“We’re seeing college students really step up, and I’m excited about that,” said Caison. NAMB, in partnership with the Baptist State Convention of Michigan, is asking Baptist Campus Ministry leaders and collegiate volunteers to help with the massive needs in the suburbs of Detroit for flood recovery and rebuild. More than 100,000 homes in the metro Detroit area were flooded in August 2014 in one of Michigan’s worst natural disasters. More homes were flooded in Detroit in the event than were flooded in New Orleans by Hurricane Katrina. Information is available at namb.net/dr on the Christmas Break in Detroit! link.

AUM freshman Kaylee Newton, a member of Morning View Baptist Church in Montgomery, Ala., admits she was a little apprehensive about coming.

“I knew I needed to come but it was outside my comfort zone because I had never served and I didn’t want to spend the weekend with people that I didn’t know well,” Newton said. She said that the work was more difficult than she thought it would be but by the second day, it got easier. “I was happy to be doing the work and even if I didn’t know someone who lived there, I knew we were affecting their lives.”

Volunteer Philip Stewart, 19, also came with the AUM students. He tore up flooring and hauled about 15 wheelbarrows full of debris on the first day.

“I would do the work again, but just not tomorrow, because I’m tired,” Stewart joked. He said he realizes how fortunate he is by seeing the loss of others. “It humbles me to not be so selfish in my life and to think about those who don’t have the basic needs.”

Julie Fuller, a member of Good Hope Baptist Church, Eclectic, Ala., said the service was a blessing to her. She said she and the team repeatedly heard everyone telling the students how appreciated and needed they were.

“I think a lot of times when you do service projects around your community, you wonder are we doing any good.” said Fuller. “Is this actually making a difference? It was a highlight for me to know how needed we were and that God had provided for this community by using us.”

“This has been an awesome experience to see this work,” said Jaco, who said the complex’s management hopes to have the families back into their homes by Christmas. She said the company is thankful for the volunteers’ help.