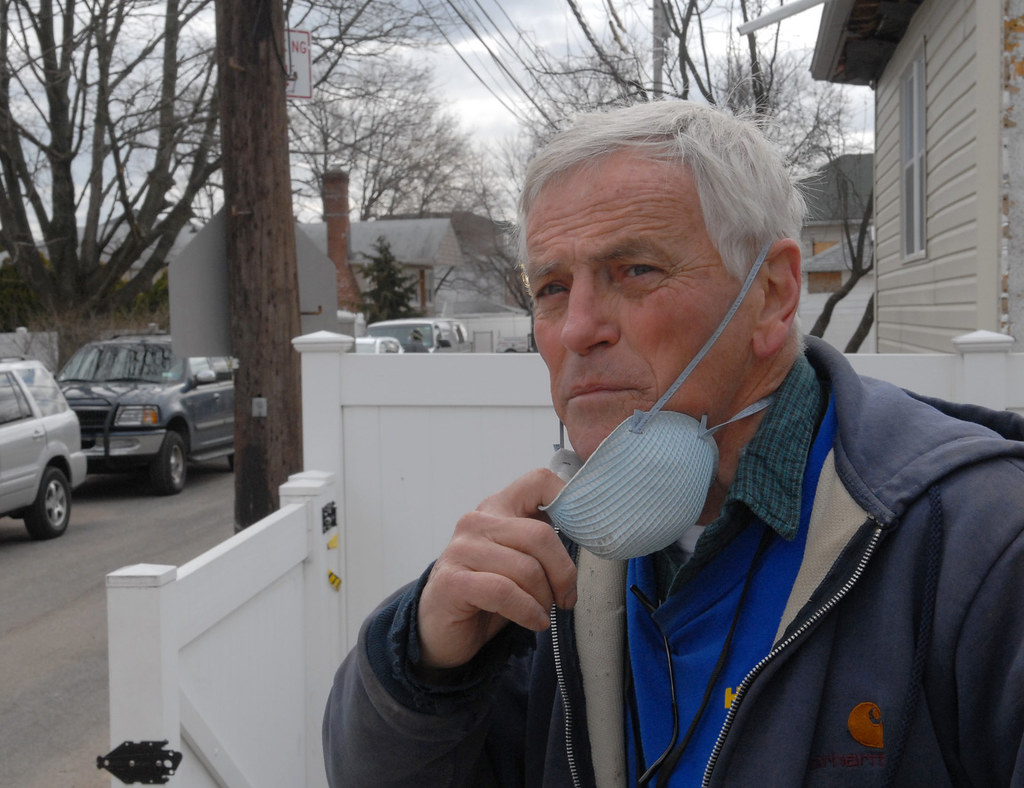 “Anything dirty, we jumped into it,” said David Dierken, a co-leader with his wife, Christen. Dierken said he was proud of the team’s hard work.

The group of eight college students who worked during their spring break joined hundreds of students from across the nation who served during the collegiate Southern Baptist Disaster Relief recovery response to Hurricane Sandy.

The effort, coordinated by the North American Mission Board and the Baptist Convention of New York, will continue through mid–April. Project coordinator Bruce Poss said NAMB plans to have a two-year presence in the area. He said there is a need for more team leaders for the recovery and rebuild ministry.

The Cumberlands team members, who ranged in age from 18 to 28, didn’t know each other well before the work began. That ended quickly by tackling any job together with a willingness to serve, Dierken said. Students paid their own way. The school provided transportation and some expenses.

On his first mission trip, Cumberlands’ freshman Brian Stills, 19, said he felt humbled to see the devastation and loss people suffered. His group worked three days doing mud out and clean up on a flooded Midland Beach home less than a mile from the ocean. The homeowner, a mother with two teenaged daughters, was emotional when they met her, he said.

“To see how little we did and to see how it touched somebody instantly slapped me in the face,” Stills said.

“The woman almost cried before we lifted a finger,” said 18-year-old team member Angeliccaa Williams. “The house was just floors, beams and a roof when we walked in. There was nothing inside.”

Graduate student Christen Dierken, 24, said the group would go non-stop through the long days, beginning with a 6 a.m. wake-up and lasting through bedtime at 11 p.m.

“It was exhausting,” she said.

She said if they started to grow weary during the day, they would look to volunteer Ralph Payson, a 68-year-old Staten Islander, for inspiration. Payson, a retired firefighter with NYFD, helped supervise the group, working beside them. He has worked closely with Baptist volunteers since the storm ravaged his hometown five months ago. Payson helped set up the tent city—temporary home for the students—on the grounds of Zion Lutheran Church.

Payson said he was thankful for the students’ volunteer efforts and hard work.

“All these kids are great to take their vacation to come here and help my neighbors,” he said.

Payson modeled servanthood to the group, Christen said. She said Payson would always look out for needs of nearby neighbors as the team worked on their assigned homes.

“At the end of the day, he would take the time to give neighbors gift cards from the church,” she said.

On the group’s last day, they took a trip into the city. On the return ferry to Staten Island, members talked with a homeless man. The man had gone through rough times and promised the group that he would go to church on Sunday. He asked them for a Bible but needed a big print one, not a small pocket New Testament.

“I didn’t think twice about it,” said David Dierken. “I had my Bible in my bag. I just gave him mine.”

Noticing only bricks left from a home strewn in a flooded field while he walked through one of the neighborhoods the group worked in, Dierken said the verse Isaiah 40:8 stuck with him all week.

“All the stuff that we think is permanent, like a house, can be taken away in the blink of an eye. What’s really left after that is God’s Word,” Dierken said.