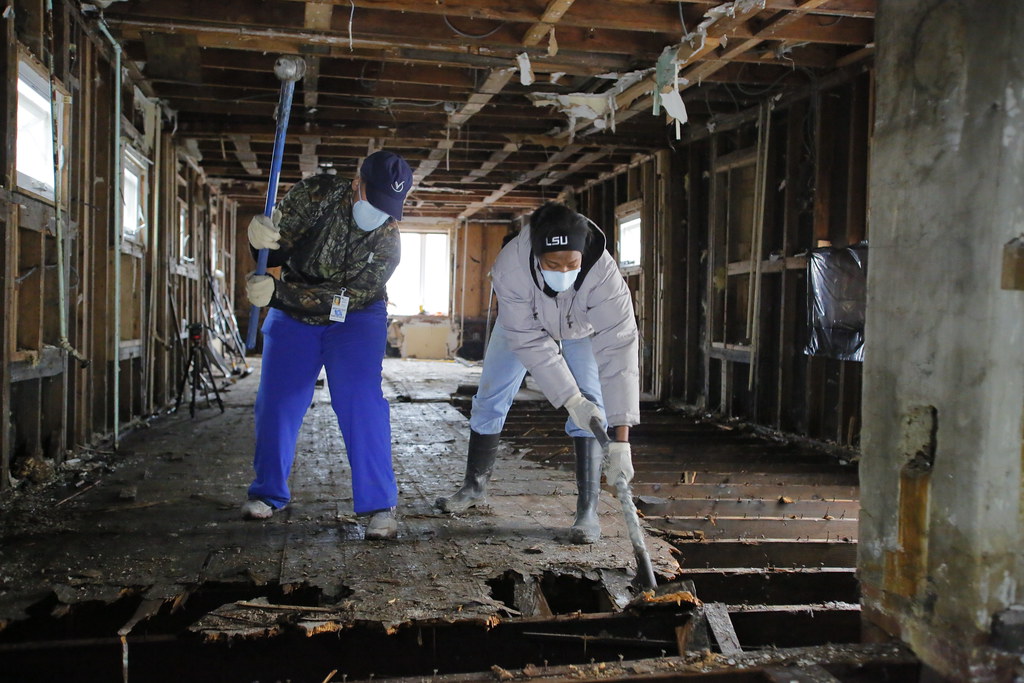 STATEN ISLAND, N.Y. – Southern Baptist Disaster Relief leaders hope to experience repeat success with a second wave of college students responding to needs of Hurricane Sandy survivors. Preparations are ongoing for the first set of students to arrive March 1 who will skip the beach for their spring breaks and work alongside experienced SBDR volunteers.

“The people of Staten Island have come to trust Southern Baptists because of their attitude and the work that the students have done,” said Bruce Poss. Poss, SBDR training and preparation coordinator for the North American Mission Board, will lead field operations for the effort.

“SBDR is looking long term. We have developed a reputation and have found many people to partner with on Staten Island. The student groups are eager to make a difference,” said Poss.

In total 511 students from 38 campuses across 16 states traveled to New York for part of their Christmas breaks to serve survivors of the storm assisting 156 homeowners on Staten Island. Students like Adam Durpere.

Durpere, a student from Liberty University, and some of his team dropped by a mobile clinic in New York to receive tetanus short prior to their first work assignments. The interaction with clinic nurses surprised him.

“One nurse seemed to light up after we mentioned Southern Baptists,” said Durpere. “She said, ‘Yes, we’ve seen the trucks driving around here. Thank you so much for helping the people here!’ As we were leaving, all of the nurses wished us well and thanked us, and the one who had recalled the trucks looked at us all and said, ‘God bless you all.’”

When word circulated that the students were returning, at least one request for assistance became specific.

“A volunteer was calling homeowners on our list of families that still needed assistance,” said Poss. “When the homeowner heard the name Southern Baptists they asked if this was the same group of students with the SBDR wrapped trucks and trailers. When our volunteer told her yes, the homeowner said, ‘Yes, please send them.’”

More than 300 student and their leaders have already registered to serve in New York over spring break. The collegiate effort will run through April 15. Students will work mud out and clean up jobs primarily.

The tent city hosted at Zion Lutheran Church on Staten Island will serve as lodging again. Transportation to and from the site is the responsibility of volunteers. There is a $15 per-person registration fee that covers accident insurance, a T-shirt and a Sandy Recovery badge. An additional $15 per night covers food and lodging.

Students and student leaders interested in information about serving may visit namb.net/dr. A training video, highly recommended for participants, is available at the site. To volunteer for service go to www.regonline.com/sandyspringbreak.