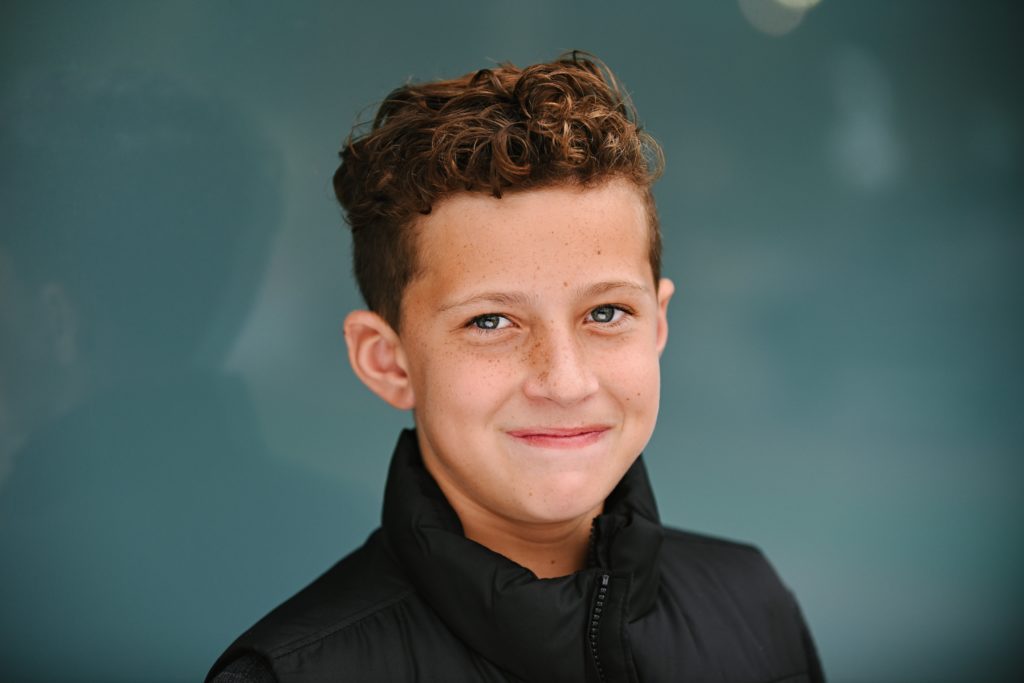 ALBANY, Ga. — At 12 years old, Malachi Russell had a list of 17 people–one person for each month he was expected to live. They were his “ones.” During his battle with cancer, Malachi had heard about the, Who’s Your Onemovement (a challenge to pick one person in your circle of influence to pray for and share the gospel with), and he took it as a personal challenge.

“To be honest, we really didn’t know (about the list) until after the fact,” Roger Russell, Malachi’s father, said. “It wasn’t one of those things he carried around like a badge. But he heard the challenge and, gosh, for him, he just took it seriously because he saw the finish line in front of him. He knew 17 months. He knew what was going on in his body. He knew everything that was happening. He just literally went through the list of people he knew that needed Jesus and wrote them down.”

The most powerful part of that story, though, is that some of those 17 accepted Jesus after the rare form of cancer took Malachi’s life on September 10, 2019. During a celebration of his life at Malachi’s school, more than 100 people gave their lives to Christ.

Malachi’s “fire” for the gospel started with what seemed to be a common pain in his leg. He loved sports, particularly soccer. He played for his middle school team, and it was during the season when he first started coming home and complaining about leg pains.

“I’m thinking growing pains,” Roger said. “He could have pulled something. So, we just told him to take some ibuprofen and go to bed.”

Things shifted, though, when the family took a day trip to celebrate Mother’s Day, and Malachi’s pain seemed to be specifically frustrating for him. It changed his gait, the way he ran. And it prompted the family to take him to get an X-ray. While there, some of Malachi’s answers to the doctor’s questions raised red flags, and the doctor pulled Roger aside to talk.

“I went down to the office and sat down,” Roger said, “and he just looked at me and said, ‘There’s two to three small masses in the base of his spine, and we need you to take him to Atlanta today.’”

The Russells got Malachi to Atlanta, and he was on the operating table less than 48 hours later to remove the masses. A group of about 30 members from Sherwood Baptist Church in Albany, Ga., accompanied the family in the waiting room—something that Roger was grateful for once he got the post-op report.

“I remember the doctor looking at me and saying, ‘I got everything that I could get. But I tried to protect the chance that he may walk,’” Roger said.

Then the doctor’s next words dropped on him like a hammer.

“He just said, ‘The likelihood of this being cancer is pretty high.’”

Two days after the surgery, they received confirmation that Malachi had a rare form of cancer and those with it have an average lifespan of 17 months after diagnosis. Malachi’s focus was not on the diagnosis, but on Jesus and the time he had left to share the gospel.

Once, when asked about his rationale for so aggressively sharing Jesus with people, instead of being sullen about his condition and fate, Malachi’s answer sounded like that of an old man of seasoned spiritual wisdom, instead of the words of a 12-year old kid.

“The Lord has given me so many chances to share the gospel, and I’m going to take every chance I can,” Roger recalled him saying. “The world needs Jesus, and I want to step my game up because this cancer can kill me, and I want to tell as many people as I can.”

“Malachi was just so bold,” Kim Russell, his mom, said. “I think it was kind of one of the gifts of cancer. It brought an awareness of life and death. You get a cancer diagnosis, and it’s like, what do you have to lose?”

As Malachi and his family battled cancer, the young man seized every opportunity to share his faith that God provided, whether during ambulance rides, doctor’s appointments or at physical therapy.

“The Lord put so many people in our path,” Kim said. “And, so while it was a terrible experience, we just took it as if we were on mission, and that the Lord was strategically placing us with people that we would never have met otherwise. We did not want to miss or waste the opportunity that He had given us.”

Eventually, Malachi’s cancer spread to his brain. It left him bound to a wheelchair, even after some progress in physical therapy. Then, his body started failing him. For a period of 10 days, his heart would stop for several moments and restart.

“The Lord sustained him for about 10 days,” Kim said. “It was very frustrating, if I’m just being really honest, because it was torture on us.”

For much of that time, however, Roger’s brother, Malachi’s uncle, was there witnessing the outpouring of love from the Russells’ church family.

“He saw everything,” Kim said. “After Malachi went to heaven, Roger’s brother surrendered his life to Christ. What we thought was dragging it out was actually God drawing Roger’s brother to salvation.”

Engraved in Malachi’s tombstone was his favorite verse, John 15:5. In it, Jesus says: “I am the vine, you are the branches. He who abides in me will bear much fruit. Apart from me, you can do nothing.”

Following the verse, the word, “Testify” with an exclamation point is written. It’s perhaps the most succinct way the Russells could have summarized their son’s life.