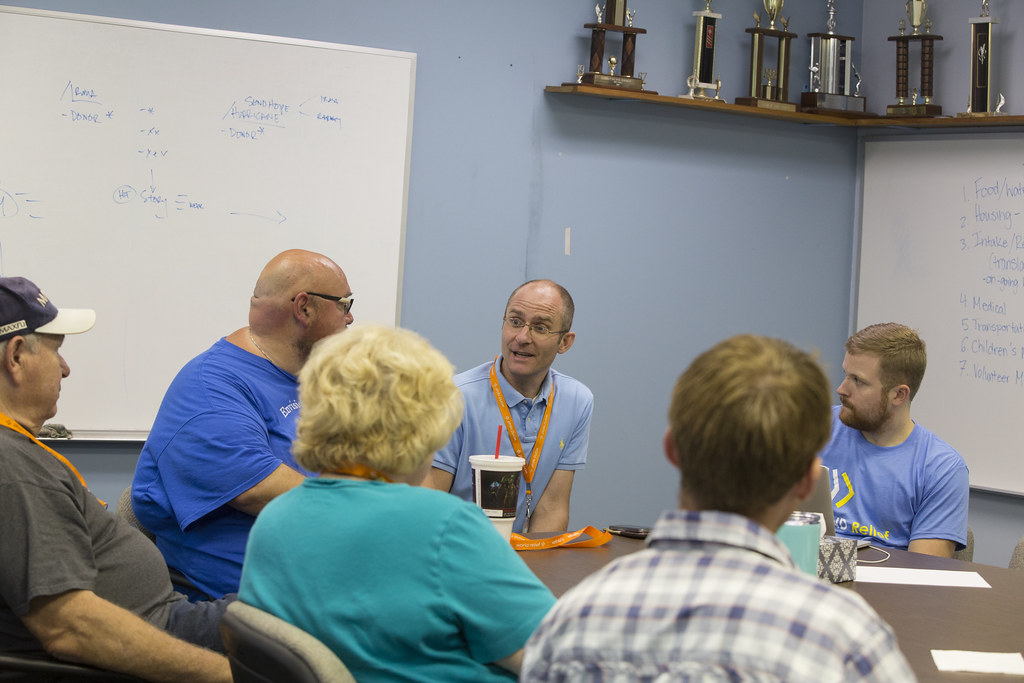 CLARKSTON, Ga.—After more than 24 hours of travel from West Palm Beach, Fla., a group of Syrian refugees finally made it to the Send Relief hub at Clarkston International Bible Church (CIBC) in Clarkston, Ga. The eight families had fled from the civil war in Syria. Now, they were on the run from Hurricane Irma.

David Chavez has been working with the group since many of them arrived in the United States. Chavez connected with these families through Bridges Language Academy, a nonprofit he helped launch to assist refugee families in learning English.

When he decided to travel north to avoid Hurricane Irma, the refugee families wanted to go with him. So, in a short amount of time, Chavez utilized connections that led him to the North American Mission Board’s (NAMB) new Send Relief hub at CIBC.

Several ministries came together to make the transition happen, and Chavez expressed his gratitude saying, “I am incredibly thankful for those who helped all of us relocate.”

World Relief was one of the main partners who connected Chavez with the hub at CIBC. Envision Atlanta, a Christian Ministry Alliance group, gathered cots, beds and provided a number of volunteers.

“It was the pleasure of our pastor and missions pastor to meet the need for bedding,” FBCW’s Director of International Ministries, said in written comments. “It was not so big a task for our God-blessed congregation.”

Johnson Ferry Baptist Church committed to covering meals, including a breakfast when the group arrived in the early morning and again in the later morning as the Syrian group awoke after their travels.

Around the clock, Arabic translators have been on hand to assist the families with anything they need. Some with the CIBC family, some from Hebron Baptist Church in Dacula, Ga. and a few Arabic speaking missionaries who currently live or work in Clarkston volunteered to serve.

Dareen serves with Embrace, a ministry that helps pregnant refugee women, but she volunteered to help with the refugee group. A Syrian herself, she helped translate both the language and the culture to the other volunteers and missionaries there.

“Some of these people were just starting to get settled in Florida when the hurricane forced them to be uprooted again,” Dareen said.

The Georgia Baptist Mission Board (GBMB) set up one of their shower trailers in the CIBC parking lot in order to accommodate the new guests.

Ricky Thrasher, the State Missionary in Community Missions with the GBMB, said, “I’m glad we were able to help, and we will do whatever possible to help out.”

Many of the families who made the trek had young children. Friends of Refugees provided diapers and pack-and-plays because there were five newborns in the group. One of the women—two weeks away from her baby’s due date—is expected to give birth in Atlanta.

“The effort to welcome and serve this group has been a great example of how different churches and ministries can join arms to serve refugees in need,” said David Melber, NAMB’s vice president of Send Relief. “What may be overwhelming for a single church is absolutely doable when the Body of Christ comes together to meet needs.”