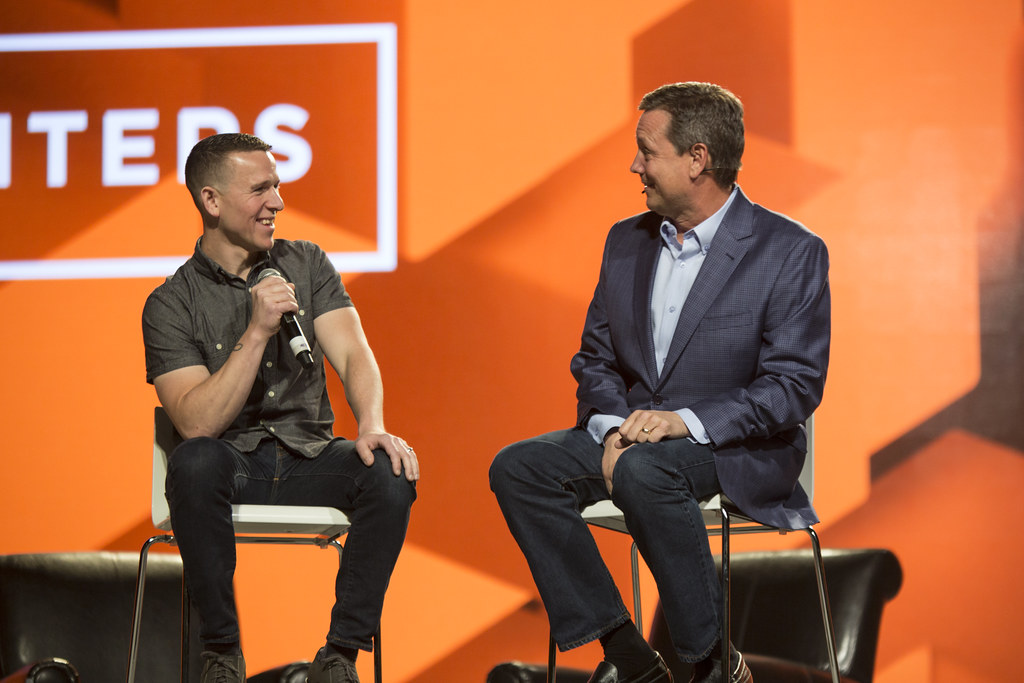 PHOENIX—Church planting is the responsibility of every SBC church, and that responsibility begins with prayer. That was the message delivered by Kevin Ezell, president of the North American Mission Board (NAMB) at the Southern Baptist Convention on Wednesday afternoon.

“We believe at NAMB that churches plant churches, and churches send missionaries—churches of every size,” Ezell asserted. “Often, when we talk about church planting, some might believe that’s for larger churches, but I want you to know that every church—all 47,000 Southern Baptist churches—can be involved in missions. We believe the very first step to doing that is to pray. Every one of us can pray.

“I want to urge you, and really beg you, to pray for our church planters.” Ezell said as he introduced an intentional effort to involve every church and church member in planting through prayer support by registering at PrayForPlanters.com.

Testimonies from NAMB-endorsed church planters both in video and in person highlighted the importance of intercession for these missionaries on the front lines in North America.

“Dr. King said, ‘To be a Christian without prayer is no more possible than to be alive without breathing.’ I think we’ve found that to be true. We’ve found prayer to be the lifeblood of the church,” said one planter in a video interview.

“Prayer is sometimes not the means to an end. It’s sometimes the end in itself,” added another. “I think knowing that other people are seeking the Lord on our behalf, it’s a constant reminder that what we’re being called to do, it’s not a human thing. It’s a God thing.

Church planter Dan Coleman ministers in one of the most unchurched states—Maine. Pew research calls Maine one of the three least-religious states in the nation. He asked the convention to pray for him and his family as they minister in this difficult area.

Even in the midst of the cold, Coleman is seeing God warm hearts with the gospel. His plant regularly has 1,200 attendees at its four weekend services, and “At least 90 percent of our members are new believers,” he said, reinforcing Ezell’s statement that, “When we say church planting, we mean evangelism.” In fact, about 42 percent of baptisms in New England are in churches planted since 2010. Coleman’s church averages 100 baptisms a year.

“When you give faithfully to the Cooperative Program, and when you give to the Annie Armstrong Easter Offering, you’re supporting missionaries like Dan Coleman and his family,” said Ezell. “I want to thank you, Southern Baptists, for how you sacrificially give so that our missionaries can plant churches all across North America.

Sending church pastor Ronny Raines of Bradfordville First Baptist Church in Tallahassee said that getting involved in church planting has strengthened his own congregation, too.

After attending a Sending Church Lab at the NAMB, Raines was praying about where God might be leading his church to plant. “We had a sense that in the shadow of our steeple was a church that needed investing in,” he said. As a church family, they began to support a local Hispanic church plant and its bi-vocational pastor.

The final segment of the presentation featured another sending church pastor, Roger Spradlin, co-pastor of Valley Baptist Church in Bakersfield, Calif. Spradlin shared the story of Karen Watson, a member of his church who was killed while serving in Iraq with the International Mission Board in 2004.

Watson’s death, Spradlin said, made a significant impact on the church.

“Very few people in our church knew where she actually was serving,” Spradlin said. “When people found out where she was when she was killed, people became keenly aware of her sacrifice. Not only in losing her life but in her willingness to go to such a dangerous place for the gospel.”

Missionaries serving in North America and around the globe have been inspired by Watson’s story.