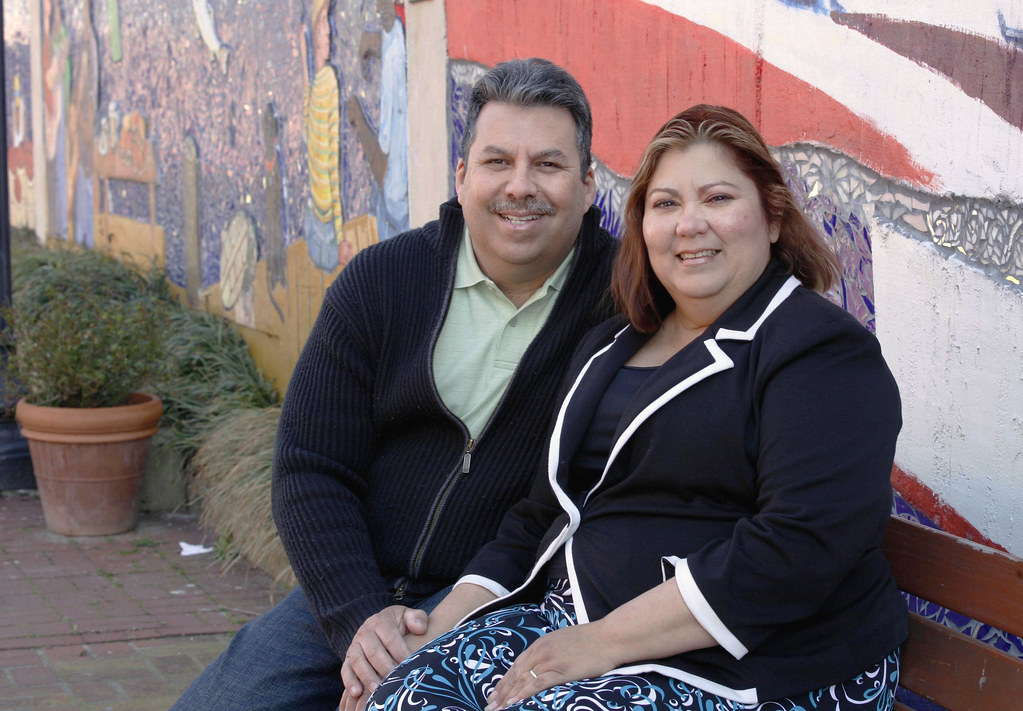 CAMBRIDGE, Md. – A typical Sunday for Jose Nater looks anything but typical. As church planter and pastor of not one, not two, but three Spanish-language church plants on the eastern shore of Maryland, Nater and his family spend their Sundays on the road.

The mornings begin early in Cambridge, Md., as Nater, along with his wife, Myra, teaches Sunday School classes, prepares music for praise and worship and leads the morning’s service at First Hispanic Baptist Church of Cambridge.

As Sunday services close in Cambridge, the family packs up, grabs a quick lunch and makes the 20-mile drive to the nearby city of Easton, Md., where Nater delivers his second sermon of the day, this one at First Hispanic Baptist Church of Easton, also a Spanish-language church planted by Nater.

After another quick meal, they are on the road again, this time crossing into Delaware where Nater hosts Bible classes before beginning his third church service of the day for the Hispanic community in the city of Seaford. By the time the family makes it back home, Nater and his wife have just enough time to get to bed before Monday morning comes and takes them both back to their full-time jobs—his at a local property management company, hers as the director of an after-school program.

For many, the grind of a full-time job, the needs of a family and the demands of pastoring three church plants in two states might be too much, but for Nater, it’s a calling.

“I have a family, a job and three congregations to pastor—it’s a full plate,” Nater says. “But I know God is the one who has filled my plate with this work, who called me to these communities and these people. And He is the one who sustains me through it.”

Nater is one of six missionaries featured this year in the North American Mission Board’s (NAMB) 2014 promotion of the Annie Armstrong Easter Offering®. The church plants he pastors are part of NAMB’s effort to help Southern Baptists start 15,000 new churches in 10 years. Half of NAMB’s financial support comes from the Annie offering.

This hectic life of a bivocational church planter is not what Nater or his family had in mind when they moved to the United States from Puerto Rico in 2002. At the time, he was working for a prominent hotel chain and, with a transfer to Maryland to open a new location, was quickly climbing the corporate ladder. But just months after moving his family and taking the new position, Nater was unexpectedly let go from the company.

“It was such a difficult time,” Nater recalls. “We didn’t see it coming and didn’t know what to do. We considered leaving the area, but something in my heart said, ‘This is where you’re supposed to be.’”

And so the family remained in Maryland despite their unexpected hardships. Soon after losing his job, the family of four lost their home as well, moving into a friend’s basement. Nater took several part-time jobs and worked around the clock to keep his family from completely going under financially.

“We were so unsure of what to do in that season. Looking back now, I see how God provided for us in little ways along the way to reassure us of our decision to stay in Maryland rather than to return home to Puerto Rico. I didn’t know it at the time, but it was all part of His plan for our ministry,” said Nater.

No longer running from ministry

This ministry was something Nater had been running from for years. Having been raised in a devoutly Catholic home, Nater didn’t come to faith in Christ until he was in high school through a local evangelical church in Puerto Rico. It was there he met his wife. The couple married after Nater’s college graduation and quickly set to work building their lives together in Puerto Rico. Though set on climbing the corporate ladder, Nater found himself returning time and again to church work—taking seminary courses, serving with a church plant in Puerto Rico and even preaching and singing occasionally at Sunday services.

“People would often say to me, ‘I believe you could be a pastor,’ but I would always resist,” Nater says. “Still in the back of my mind, I felt like ministry was calling me even if I didn’t want it. It’s funny because all the time I thought I was running from ministry, God was moving me to exactly where He wanted that ministry to begin.”

His ministry finally began six years ago when a local pastor approached Nater about starting a church specifically designed to reach the growing Hispanic population in Cambridge.

“When I was asked about taking on this role of church planter I knew in my heart that this was the time and the place God had been leading me to. I prayed for God to clear the way for us to begin this work, and He did.”

“It’s hard to grow a church plant in any area, but I think it’s especially difficult to do in the Northeast and for such a specific people group,” Nater explains. “God truly blessed us and has been faithful in helping us reach the Hispanic population here.”

The need for Hispanic ministry is great along the eastern shore. That’s why, in addition to the churches he has already started, Nater has a vision to multiply into at least 10 campuses over the next three years. Though Nater admits the challenge of adding leadership training and church multiplication to his workload is difficult, he believes this, too, is part of the plan.

“My heart is in church planting, multiplying churches and leading people to Christ. I think if you really want to be in that work, you have to fully adopt that ‘Whatever it takes’ attitude. You work long hours, you drive across state lines, you keep showing up in faith—and let God do the rest.”

Nater says it is the network of support he has found in the Southern Baptist Convention and through the giving to the Annie Armstrong Easter Offering that has helped keep churches growing and multiplying.

“When I started I didn’t know anything about the North American Mission Board or the Easter offering. I am so thankful to have connected to this convention and for their continued support as we seek to keep planting churches.”

To view a video on Jose Nater’s ministry and learn about his work, visit https://www.anniearmstrong.com/. Discover more about Send North America: Baltimore at https://www.namb.net/baltimore.

Sara Shelton is a writer for the North American Mission Board.