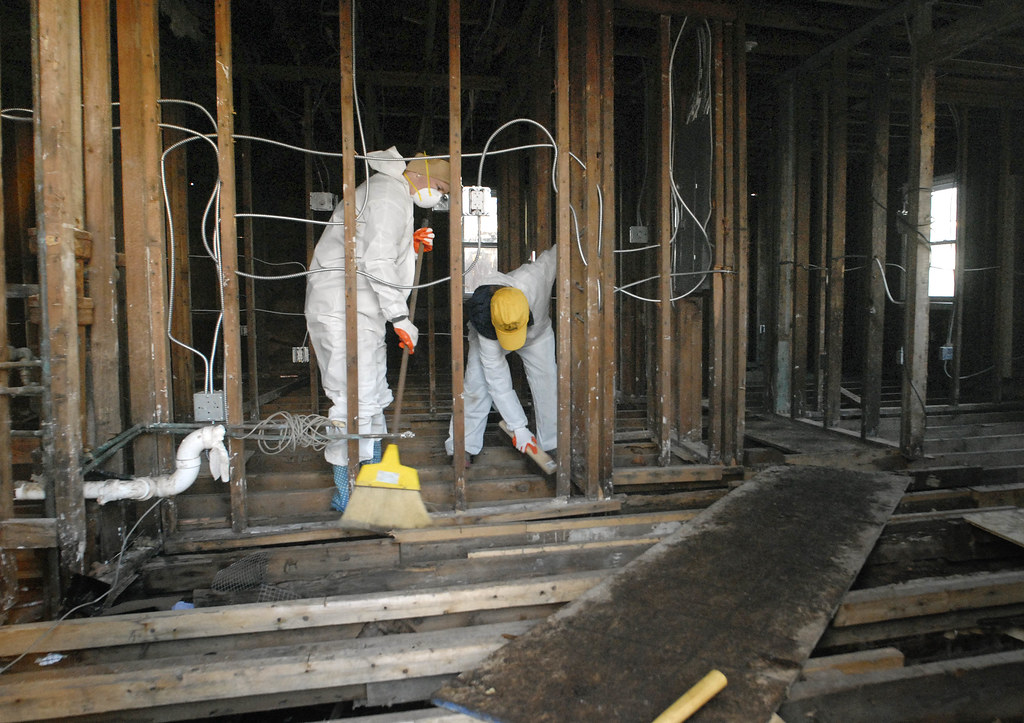 ALPHARETTA, Ga.– When Superstorm Sandy approached the northeast coast last October, North American Mission Board Disaster Relief Executive Director Fritz Wilson and state Southern Baptist Disaster Relief partners were in play coordinating the national response. Wilson and his team temporarily set up a command center in Harrisburg, Penn., as they awaited landfall before heading into the region of greatest need.

Partnering with local, state and federal governments, the American Red Cross, The Salvation Army and corporations, as well as Southern Baptist state conventions, affords NAMB the means necessary to bring ministry quickly to hard hit areas. Without those partnerships, critical assistance could be delayed by days in response to disasters.

To effectively respond in times of crisis, partnerships must be formed in advance.

“You can’t wait and do it in the chaos of the moment,” said Wilson. “We have a network in place that I can go to immediately as quickly as we know what is happening.”

Baptist General Convention of Oklahoma Disaster Relief Director Sam Porter remembers receiving the assistance request call from Wilson for the Sandy response. Based on requests from the Federal Emergency Management Agency (FEMA), Wilson discussed requesting all of the state Baptist conventions east of the Rockies to respond.

Both the New York and New Jersey state conventions reached out to NAMB to coordinate the response. As in most large-scale disasters, affected states request outside assistance. Wilson said because of the strong partnerships within SBDR, which includes volunteers from all 42 state conventions and Canada, Southern Baptists are able to respond to disasters anywhere in the world through NAMB, the International Mission Board and Baptist Global Response.

North Carolina Disaster Relief Director Gayland Moss, whose team was asked by New Jersey through NAMB to manage the response there, agrees that partnership is crucial to effective disaster response.

“Our national partner [NAMB] has a national footprint,” said Moss. “They have national relationships and can create a framework with any state.”

FEMA administrator Craig Fugate recently thanked SBDR for its efforts and commented that the Sandy response will not be a short one. “Until people are back in their homes, Southern Baptist [volunteers] will be needed,” said Fugate, during the initial response. FEMA is one of NAMB’s primary government partners.

Mass Care Coordinator Michael Whitehead with the Florida Department of Emergency Management says strong partnerships and preparedness are a must in responding to disasters.

“Regardless of the forecast, we have to get ready for a major hurricane to hit southeast Florida,” said Whitehead. “People in the state of Florida and the governor expect a world-class disaster response, every single time. The key to success in the state is that we work together as a team with non-profits and the private sector when responding to disasters.”

The state gives logistical support to field kitchens, providing hand-washing stations, port-o-potties, dumpsters, ice and water trucks and other resources for the sites. In May, Florida hosted a National Mass Care exercise for the second year. Florida Baptists set up a feeding kitchen at the exercise and SBDR team members attended working with many of their national partners.

Whitehead said that working with trained organized volunteer groups like ARC, TSA and SBDR is a big advantage. “They [SBDR] can come into a very austere environment and can operate,” said Whitehead.

As one of the three largest disaster relief volunteer organizations in the nation, with 82,000 trained volunteers and a fleet of 1,550 mobile units, Southern Baptists serve following almost every disaster, Wilson said. The American Red Cross (ARC) and The Salvation Army (TSA) are the other two largest volunteer entities responding to disasters.

For more than 25 years, Baptists have worked with ARC on the national and local level. The partnership primarily involves disaster feeding operations, but also includes other ministry service. NAMB deploys representatives to the ARC’s Disaster Operations Center in Washington, D.C., to coordinate major responses.

ARC Mass Care Director Katherine Galifianakis says the collaboration has grown over the years as both organizations refine their relationship. Both are members of the National Voluntary Organizations Active in Disaster (VOAD) and the National Mass Care Council. In addition, ARC representatives attend SBDR Round Table meetings where they network with state directors and volunteers. Being on a first-name basis with her Baptist partners helps, Galifianakis says.

“On the scale that we need to provide 100,000-plus meals, we couldn’t do the feeding without Southern Baptists, period,” said Galifianakis. “It goes beyond the partnership to a deep friendship. It’s trust and respect of one another’s mission.” SBDR mobile feeding kitchens generally prepare most of the meals that ARC Emergency Relief Vehicles (ERVs) deliver to disaster survivors. TSA, working with SBDR on a local and national level, also partners to provide mass feedings.

“When it comes to feeding, when we need to produce a lot of meals in a short time frame in a large disaster, we always go to Southern Baptists,” said Jeff Jellets, Territorial Disaster Coordinator for TSA’s Southern Territory. TSA mobile canteens receive meals from SBDR kitchens to deliver in affected areas.

Jellets values the partnership with another faith-based group in serving during a disaster to meet both physical and emotional needs. He said that the relationship has grown from a state-by-state one to a national one, taking off after working together during 9/ll. SBDR and TSA volunteers partnered at a site in Staten Island when the two groups cared for emergency workers hauling debris from the site.

One of the newest partners with SBDR is Dignity U Wear, a nonprofit organization founded by Henri Landwirth. Dignity U Wear partnered with Southern Baptists this year providing new clothing to survivors of the Oklahoma City area tornados and the Colorado Springs area wildfires. Dignity U Wear focuses on procuring new clothing and delivering it at the right time to the people for whom it will make the most difference.

Wilson said that corporate partners, like US Foods, are critical in meeting supply needs. US Foods and SBDR work together to provide a service to ARC for its mass feeding during disasters, including ordering and delivery systems.

Christy Foley, US Foods director of National Sales Support, said the company designed menus around Southern Baptists food preparation and adopted SBDR best practices for feeding. They assist SBDR with ordering food for the initial six-day disaster menus mobile kitchens carry into responses. The partnerships connect kitchen leaders with the company’s divisions in placing food orders. “Without that alignment and partnership, we wouldn’t be able to provide the great service,” said Foley.

The 30-year-old company has offered its expertise and assistance dating prior to Katrina to SBDR recovery efforts.

“It’s a feel-good partnership,” says Cole Stanton, the company’s executive vice president. “We like the tenacity, too, that months after [the initial response, SBDR is] still there.”

The partnership that ultimately propels Southern Baptist relief is the one with volunteers.

“We have folks who will drop and go at a moment’s notice,” said Wilson. “They will go and continue to serve for a length of time to help people rebuild their lives. Volunteers from each of our state conventions are really the ones who keep all of this going. We are blessed to have the best.”