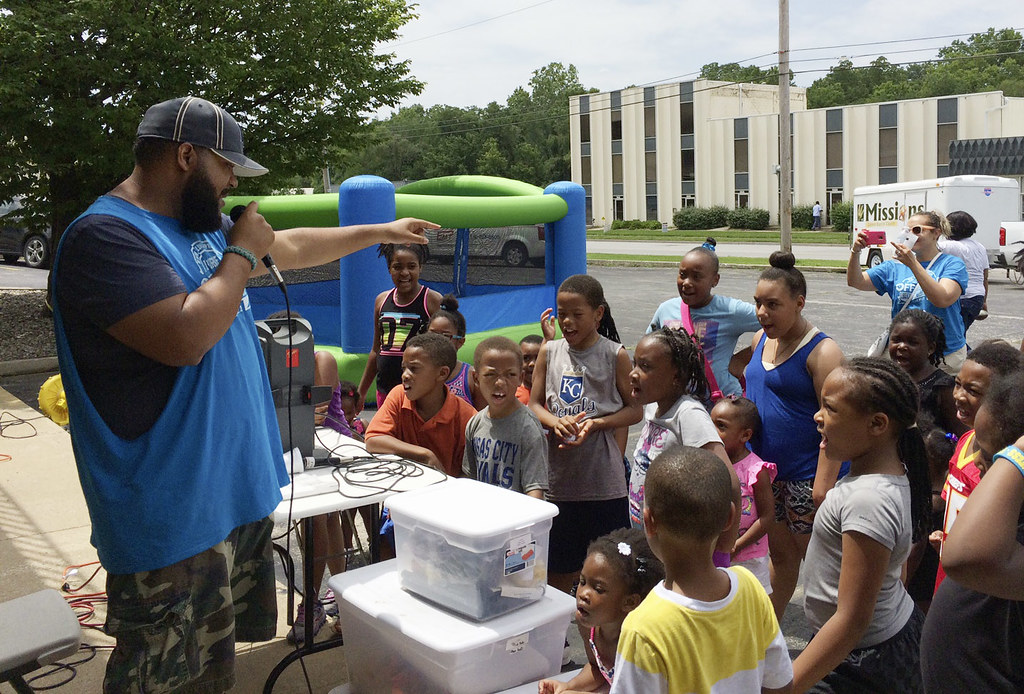 KANSAS CITY, Mo. – At first glance the two cities appear as different as they could possibly be. New York City is the city that doesn’t sleep, the financial center of the United States and one of the largest cities on the planet.

The home of barbecue, jazz and Hallmark, Kansas City, Mo., is best known as the “Heart of America” and the “Paris of the Plains.”

The two cities are also the largest and the smallest Major League Baseball markets in the United States. Yet they will share North America’s attention over the next two weeks as they host the 111th World Series.

As North American Mission Board (NAMB) Send North America cities, the two also share a considerable need for new church plants. When Southern Baptists watch the World Series this year, it will provide an opportunity to learn more about two of the most significant mission fields in North America.

In fact, the two specific communities near where the games will be played have unique missional needs. Queens, the New York City borough where the Mets play, has 2.3 million people in it alone—larger than all but three U.S. cities. According to Steve Canter, NAMB’s Send City Missionary for New York City, of the city’s five boroughs, Queens has been one of the toughest for Southern Baptist churches to take root in.

“Because of the diversity and density of Queens, we need church planters that are going to reach first-generation people from all over the world,” Canter said. “It is the most diverse borough we have. Really, almost everything is in Queens, every kind of food you can imagine, every kind of people group you can imagine.”

Adam Bishop moved to Queens from Alabama in February to get churches started in this diverse borough. Particularly focused on unreached South Asian people groups, Bishop hopes to start churches in the borough’s Jackson Heights neighborhood. The neighborhood has one of the highest concentrations of South Asian immigrants in the city. Jackson Heights, Bishop says, has become a hub for newly arriving Tibetan, Indian, Bhutanese, Nepali and Pakistani immigrants.

To help connect with these communities, Bishop teaches English as a second language. He works together with several other church planters who are focused on other unreached people groups. Together they host a monthly celebration time with simple worship music, a short sermon and conversation groups. Bishop also hosts a small group Bible study in his home once a week. He’s praying for opportunities to continue to connect with and share the gospel with South Asians in the neighborhood.

“The need is huge,” Bishop said. “A lot of the people we work with are immigrants. They’ve either been in the United States for a short time or they’ve been here for several years, but more than likely their English won’t be very good. Many of them came to Jackson Heights because they wanted to be a part of a community of people who are the same as them, as far as their language and culture. We wanted to plant a church that would bring all of those people together.”

The community around Kansas City’s Kauffman Stadium has also seen new Southern Baptist activity in recent years. In April of 2014 Lenexa Baptist Church in Lenexa, Kan., replanted River Edge Fellowship on the edge of Kansas City, Mo., and the suburb of Raytown, just a mile or two from the stadium.

A diverse neighborhood, the Raytown community around River’s Edge Fellowship isn’t easy to reach, according to the campus pastor, Travis Yeargans. Officially a campus of Lenexa Baptist Church, the River’s Edge functions in many ways as a typical church plant with both live preaching and local leadership.

Yeargans says the biggest need of the Raytown community is for its many small, struggling churches to adjust their focus with an eye toward reaching a new generation of residents.

“Kansas City is an old city with a lot of history of religious life here,” Yeargans said. “But where we are many of the legacy churches are dying—they’re dance halls now. They used to be places that the community recognized as houses of worship, and they’re now being used for something else.”

“That’s where we need planters,” Marrs said. “Our highest priority dot on the map is in those downtown areas where we’re seeing a lot of growth and a lot of revitalization. The planters I talk to are typically wanting to go to the more suburban areas. One of the challenges we have in Kansas City is to get young church planters who want to come and live in the city, to invest their lives in the heart of the city.”

The New York Mets and the Kansas City Royals will open their best-of-seven World Series in Kansas City on Tuesday night at 8:07 p.m.